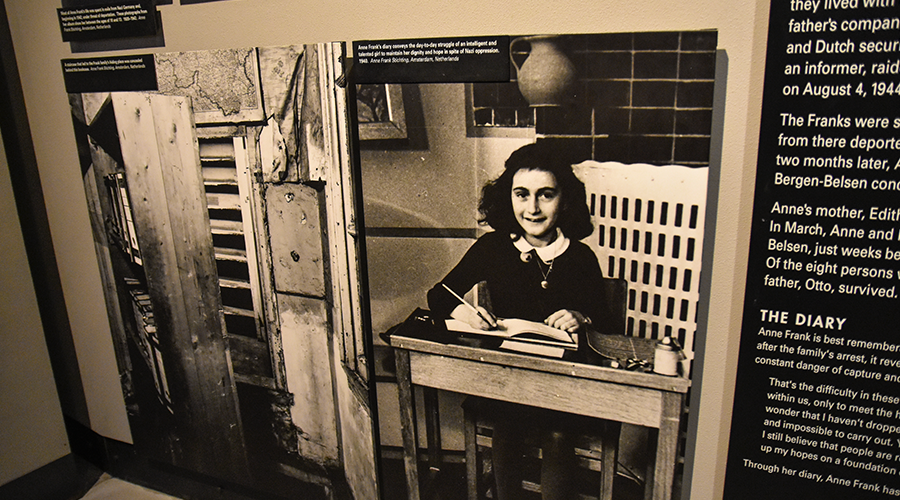 Anne Frank may have been betrayed by a Jewish notary who became an informant for Nazi occupiers in order to save his own family’s lives.

It has long been theorized that the young Jewish diarist and her family were discovered by Gestapo officers in 1944 after a tip-off from an unknown informant but now a retired FBI agent believes he has come up with the name of the man who revealed where the Franks were hiding: Arnold van den Bergh.

For the last six years, Vince Pankoke, who worked for the FBI for 30 years targeting Colombian drug cartels, has worked with a team of investigators and attempted to try to crack the case using modern crime-solving techniques.  His findings were aired on 60 Minutes on Sunday night.

Alongside various investigative strategies, Pankoke and his team used artificial intelligence to sort through reams of data and original documents in an attempt to discover who betrayed the Frank family ultimately leading a search team to their secret annex hidden behind a bookcase.

As investigators dug into the question of who may have betrayed Anne Frank’s family to the Nazis, they began to focus on a suspect who was Jewish and, they say, likely used the information to save himself, his wife, and children from the genocide. https://t.co/Okgmh9LOOK pic.twitter.com/OiXCoOWsin

Read More: Anne Frank was betrayed by a JEWISH notary who told Nazis where she was hiding to save his own family from the concentration camps