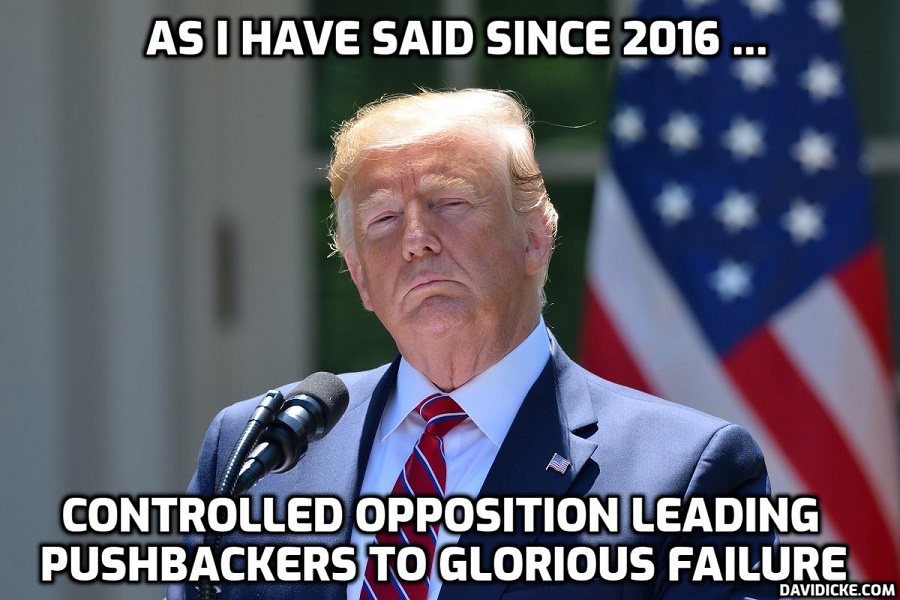 Former President Donald Trump continued to hammer the message that the COVID-19 vaccine and boosters are effective, though he remained resistant to vaccine mandates.

Trump appeared on YouTube outlet Right Side Broadcasting Network Thursday night, where he continued to support the inoculations.

He noted that the vaccine has ‘saved millions of lives. We’re very proud of the vaccines.’

However, he continued to say he was against President Joe Biden‘s vaccine mandate.

‘But the mandates, they should not be—and they are trying to enforce these mandates, and it’s so bad for people and for our country,’ Trump said.

Trump’s candidates have been controversial in conservative circles, with some of his biggest fans questioning his judgement.

Conspiracy theorist Wayne Allyn Root appeared on Alex Jones’ InfoWars earlier this week where he joined a chorus of fellow Trump supporters who are now turning on the Republican leader over his ardent support for vaccines.

‘He needs an intervention from a friend, because he’s the greatest president of my lifetime, I love him, I will always love him,’ Root said on Tuesday.

The radio host, who was the Libertarian Party’s vice presidential nominee in 2008, went on to say Trump has been ‘right on everything except this issue.’

‘He’s so horribly wrong on this issue, and the best way to put it — ironically — is he’s dead wrong, ’cause people are dying left and right,’ Root continued, claiming they died of the vaccines.

He said Trump’s embrace of the jabs amounted to ‘political suicide.’

Read more: Trump doubles down on support for ‘Covid’ fake vaccines and boosters despite outcry from conservatives – Are you getting it yet Trump supporters? He was a fraud all along as I have said since 2016 and he has been leading you to glorious failure for the masters that own him. No politician is going to get us out of this. WE have to do it