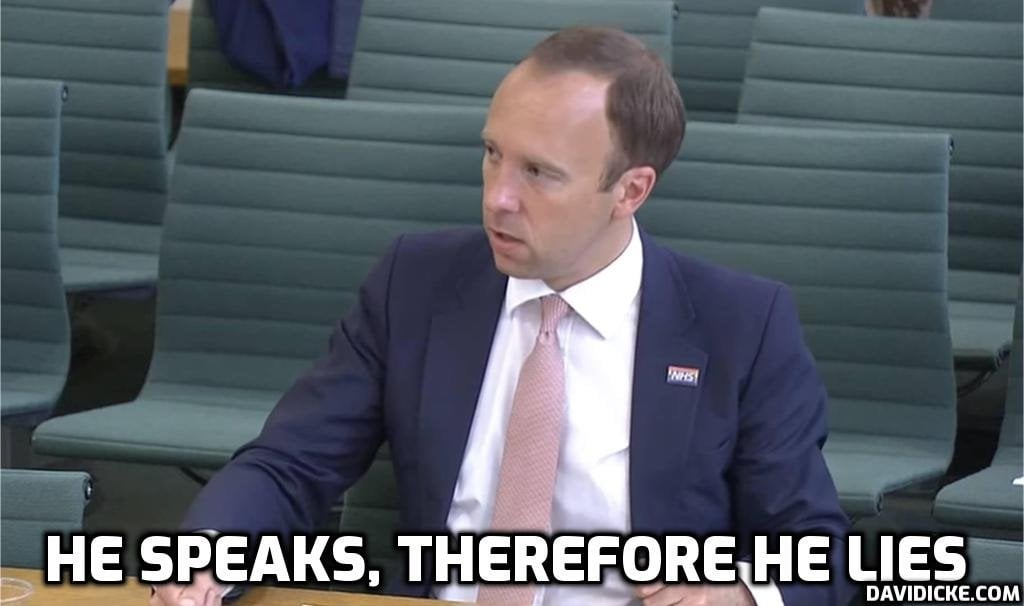 Matt Hancock and his lover Gina Coladangelo have been dragged into Downing Street’s ‘partygate’ row after it emerged they were at a ‘cheese and wine’ gathering with Boris Johnson during the first national lockdown.

Mr Hancock, who was then Health Secretary, is to be quizzed in the next few days about the event by Sue Gray, the senior civil servant who is investigating whether Covid restrictions were broken by members of the Government at a series of alleged parties. Ms Coladangelo has indicated that she is also prepared to be interviewed as part of the inquiry.

A picture of the event, which was held in the No 10 garden on May 15, 2020, appears to show Mr Hancock talking in a group that included Ms Coladangelo.

At the time, people were only allowed to socialise outside with one other and they had to keep apart. Thousands could not see dying loved ones in hospital or in care homes.

Read more: Midazolam mass murderer Matt Hancock and his ‘lover’ Gina Coladangelo dragged into Downing Street’s Partygate row as it emerges they were at Number 10’s ‘cheese and wine’ gathering on the same day the ex-Health Secretary told Britons to keep two metres apart. You don’t mean he’s a monumental hypocrite as well as a killer of thousands of old people? Surely not, such a nice man