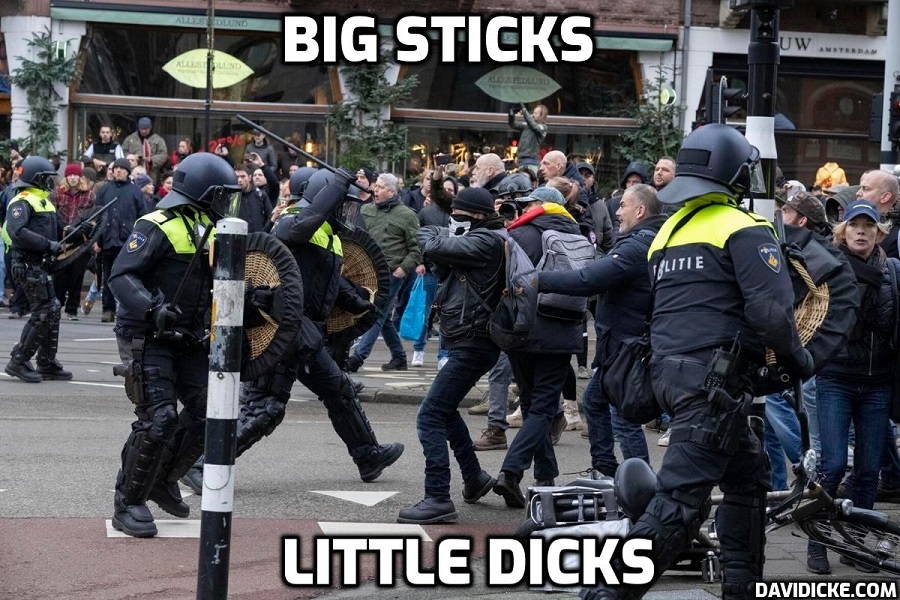 A huge crowd of people opposing the Dutch government’s Covid-19 restrictions gathered on Sunday near the National Museum in Amsterdam. The protest, which had been banned by the authorities, quickly descended into violence.

Chaotic scenes unfolded on the streets of the Dutch capital, where police in riot gear sought to disperse thousands of demonstrators who gathered for a prohibited rally at the Museumplein square.