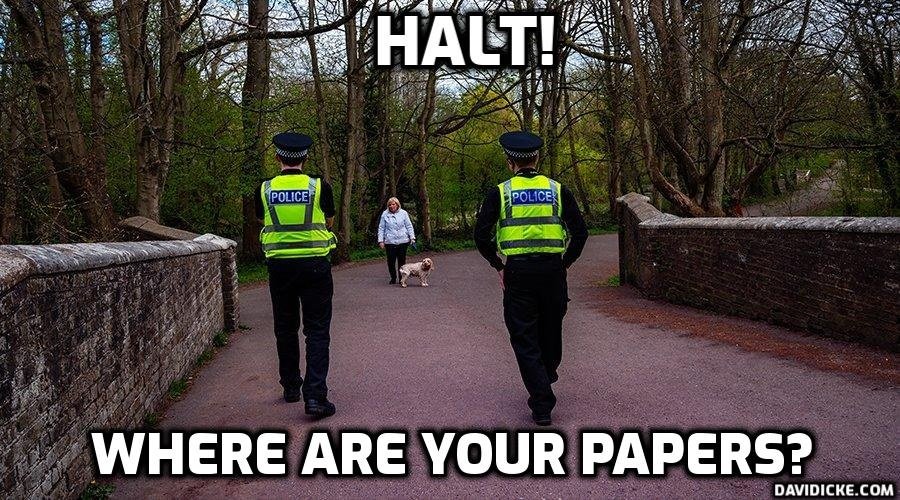 Just two days ago we posted about the door-to-door efforts taking place to convince the “hesitant” within the United Kingdom. Back in July we posted about the National Guard gearing up for similar work here in America. (Coincidentally [?], we’ve also covered the job openings for ‘resettlement/internment officers’ within the National Guard. Who will be resettled? Who will be interned?)

And now we have agents arresting those who don’t have the jab in New York City.

We’ve witnessed people arrested at a Applebee’s because they didn’t have the appropriate yellow star/papers needed to eat there. We watched as a veteran was thrown to the ground (literally along with an American flag. There’s some symbolism for you.) as he attempted to order a meal at a Panera Bread. Where? New York, of course.

Six were arrested at a (New York) Cheesecake Factory because they didn’t have the jab.

Now we have a horde of agents surrounding a small child at a restaurant because he doesn’t have the appropriate paperwork to eat there.

Read more: NYC Is Arresting Those Without “Papers” – Including Children – And It Won’t Stop There