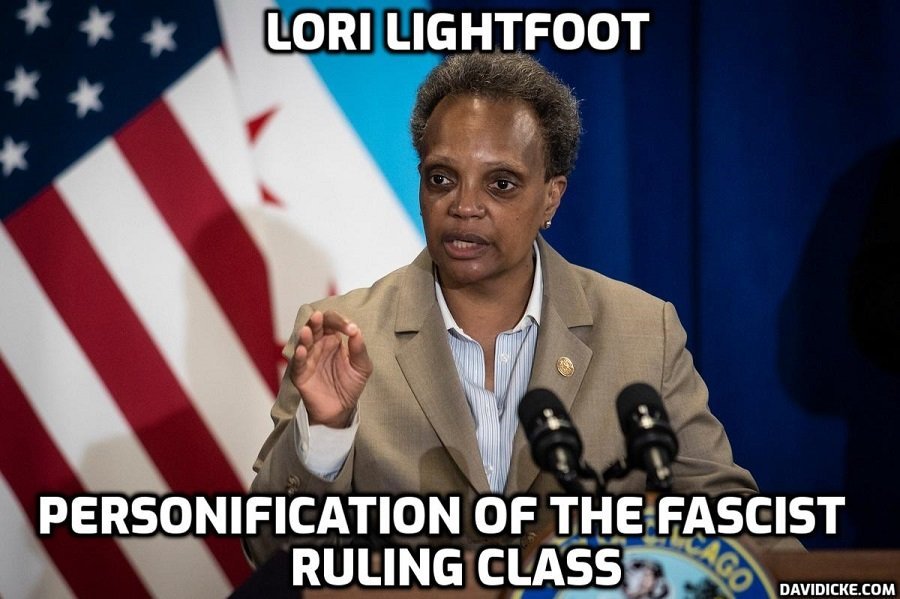 Chicago Mayor Lori Lightfoot was slammed on Twitter after she and her wife, Amy Eshleman, posted a video wishing a ‘joyous Kwanzaa’ to all who celebrate.

The backlash comes as Lightfoot is accused of ignoring the city’s surge in violent crimes, including a 25-year high murder rate, with 767 homicides in the city so far this year.

Last week, she begged Attorney General Merrick Garland to send ATF agents to the city for six months to help get illegal guns off the street after she slashed the police budget by $80 million in 2020. Lightfoot later scaled back the slashing of the budget and cut 3.3% – or $59 million.

Twitter users were quick slam Lightfoot, saying the the principles of Kwanzaa – a holiday founded in 1966 by black nationalist Dr Maulana Karenga, who spent four years in prison for torture – are not reflected in Chicago society.

‘How many people were shot this weekend,’ questioned @anthony_leach_. Another said: ‘There’s been seven carjackings since you tweeted this.’

In her video message shared online, Lightfoot said: ‘Joyous Kwanzaa, Chicago!’ The seven principles of Kwanzaa guide us to unity and cooperation as we work to uplift and protect our neighbors.’

‘As you light the candles and gather in unity, we hope your holiday is filled with rejoicing and happiness,’ Eshleman echoed.

Read More: ‘Is this an SNL skit?’ Lori Lightfoot and her wife are ridiculed for wishing Chicago a ‘joyous Kwanzaa’