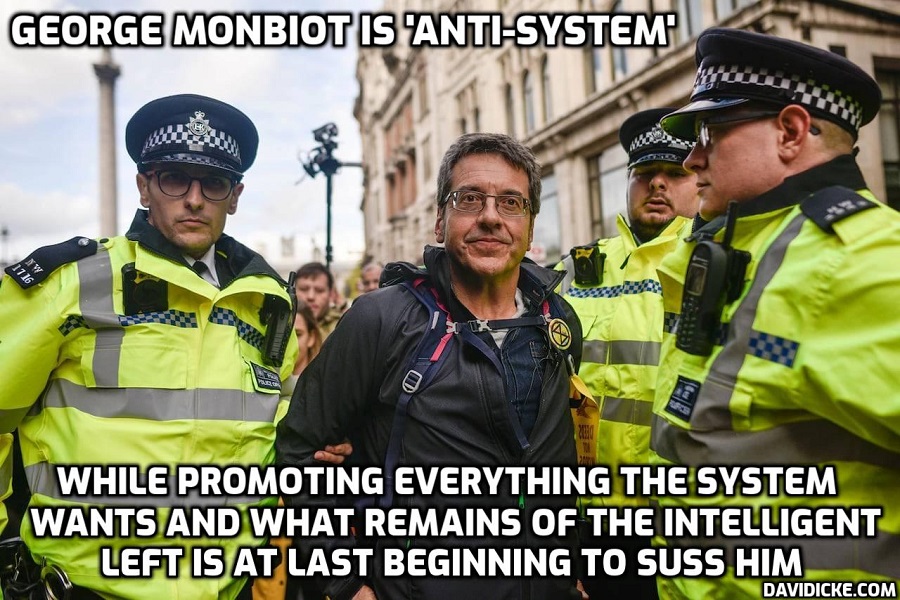 But what has shocked George is not the rising tide of poverty and starvation in the world or the unprecedented transfer of wealth to a tiny number of oligarchs.

He is not shocked by the practical collapse of the rule of law or by the brutal actions of police officers in nations claiming to be liberal democracies.

It is possible that these things shock him as well, but if so, there is no sign of this in his recent article for the Guardian.

No. Monbiot is shocked by “leftwingers” being “lured” to the “far right” by “conspiracy theories” in the context of resistance to state measures in relation to Covid-19, including opposition to lockdowns, removal of basic civil rights, mass vaccination with experimental mRNA technology and the prospect of vaccine “passes” or even mandatory vaccination.

In employing these terms Monbiot’s article is a distillation of the familiar techniques used to attack dissenting voices on Covid during the past 18 months and for a considerably longer time on other issues such as climate change, Brexit and globalisation.

This form of attack –always in defence of dominant or mainstream narratives and the actions of governments and their corporate “partners” and always expressed in terms of “concern” – employs pejorative terms such as “far right”, “white supremacist” without defining them adequately or at all.

We are never asked to consider what we understand by the term “far right” or how the label “conspiracy theory” – itself a category with a fascinating back story and history for employment by state powers to attack critics and deflect legitimate questioning – is being used and no attempt is made to define where the line lies between legitimate questions and analysis and more fantastical or “extremist” explanations of events.

Read more: Fake Leftie George Monbiot’s Far-Right Projection as more and more on the left realise that he’s been a system-server all along