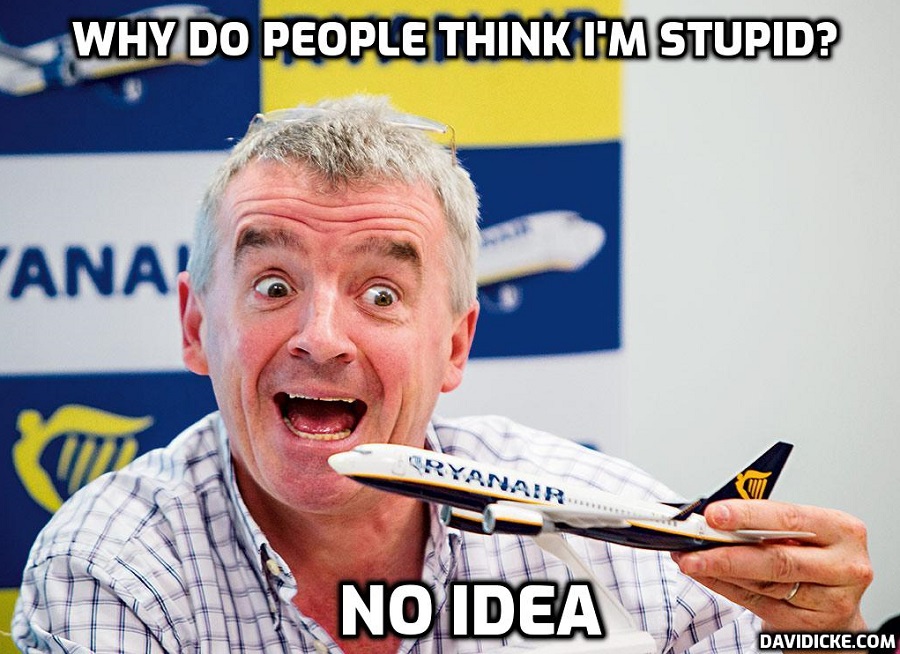 Michael O’Leary, the CEO of Ryanair has declared that anyone who remains unvaccinated should be completely cut off from society, including not being allowed to travel, go to the supermarket to get food, or the pharmacy to get medicine.

“You can sit at home and you know, get your deliveries of medicines and food. But you should not, you know, go to work or go on public transport unless you have a vaccine certificate,” O’Leary clarified.

O’Leary admitted that making vaccines compulsory is “an infringement of your civil liberties,” but added that the way around it is “you simply make life so difficult. Or [make it that] there are lots of things that you can’t do unless you get vaccinated.”

Calling the unvaccinated “idiots,” the Ryanir boss further stated “I don’t think that governments should permit those people who are not vaccinated to go and infect everybody else.”

O’Leary sardonically stated “We recognise the rights of everybody to decide not to get vaccinated if you so want. If you personally object to vaccination, because it’s some huge government/big pharma conspiracy; apart from the fact that you would be plainly an idiot, we respect your right to be an idiot.”

Read More: Airline CEO Calls For Unvaccinated “Idiots” To Be Ostracised From Society