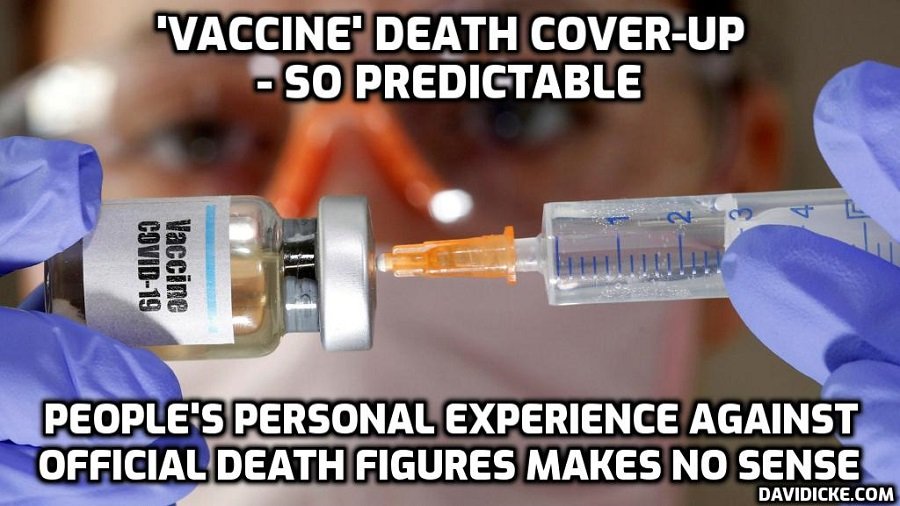 Age readjusted Scottish Death Rate figures from Public Health Scotland combine with age stratified English Infection Rate Figures from the UK Health Security Agency in a Grand Union to show that fully vaccinated over 30s are over 286% more likely to die of Covid-19 than unvaccinated over 30s.

* Denotes data taken from the November 17th report in which PHS found 80,000 more Scots in total than they found a week later – which is a tragedy.

PHS should remove all those under 12 from the unvaccinated group because they are ineligible for vaccination and they do not die in significant numbers. But instead it leaves them in and then applies the terrible Age Standardised Mortality Rate formula, which we have seen, by comparison with ONS all cause mortality rates, skews the data in favour of vaccination considerably – see https://dailyexpose.uk/2021/11/06/uk-gov-lying-and-hiding-the-fact-covid-19-vaccinated-are-developing-ade/

So instead we use the government vaccination stats to remove the under 12s – https://coronavirus.data.gov.uk/details/vaccinations.

The English Death figures from Weeks 42-45 are 675 unvaccinated and 2,875 vaccinated- https://assets.publishing.service.gov.uk/government/uploads/system/uploads/attachment_data/file/1034383/Vaccine-surveillance-report-week-46.pdf

Here are the English Case figures for Weeks 43-46, which is October 25th – November 21st from the UKHSA Vaccine Surveillance Report of Week 47 . We take the mid point as Nov 7th.

Read more: Authorities are manipulating death-rate figures because the actual rates show the Fully Fake Vaccinated are 286% more likely to die of ‘Covid’ (effects of the fake vaccines)