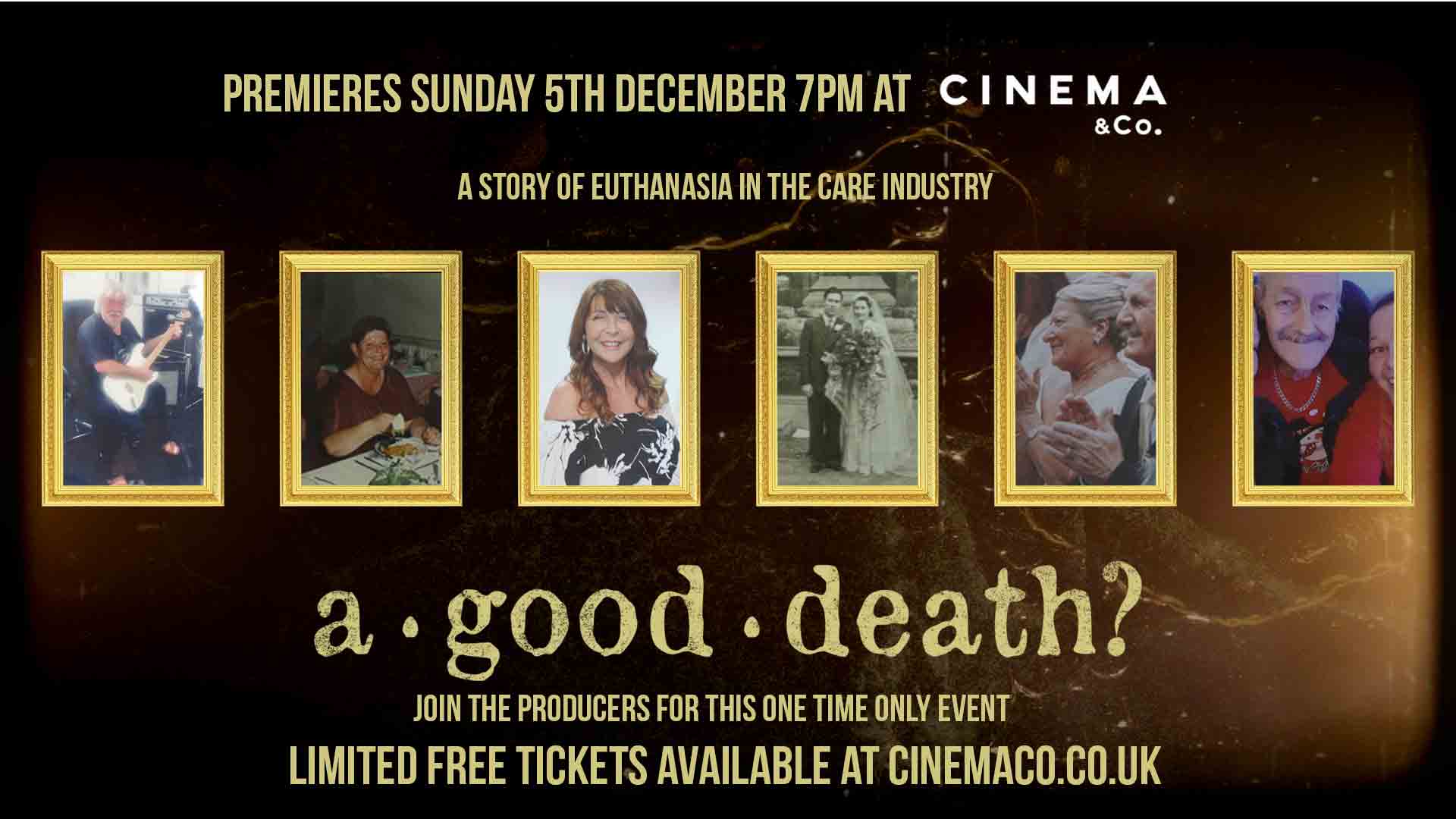 Cinema & Co Swansea, owned by Anna Redfern refused to comply with medical segregation and vaccine passports and will host the premiere of the new movie A Good Death? You can join in by booking one of the limited free tickets available here: https://bit.ly/3xyhV6s
The premiere is at Cinema & Co Swansea on December 5th at 7pm.

The film investigates the claims that euthanasia is being practiced illegally in our care institutions and follows the heart-breaking stories of relatives who have lost loved ones after being placed on ‘end of life’ pathways, without their knowledge.

Twenty-eight newspaper and magazine editors were approached with this story. None felt it was worth reporting. A Good Death? asks the questions the mainstream are ignoring.

Book now to get one of our limited free tickets to this screening, preceded by an introduction by the film’s producers Jaymie Icke and Jacqui Deevoy alongside director Gabriel McArtney.