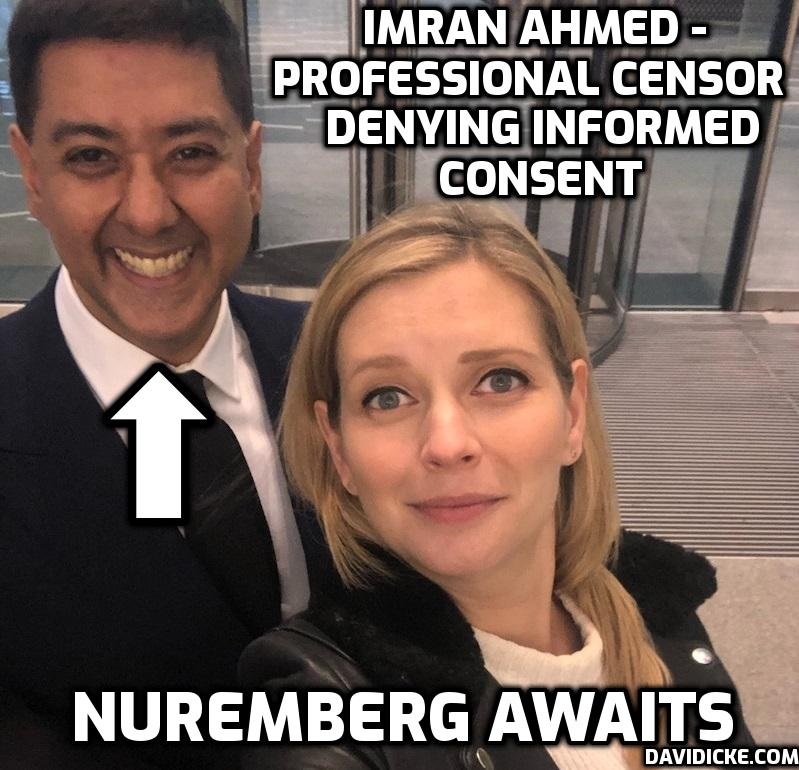 The founder of the Center for Countering Digital Hate warned about the rise of anti-vaxx groups around the world, adding that the threat stems predominantly from conspiracy theories. Imran Ahmed discussed with the BBC the risks attached to the anti-vaxx campaigns online which could have fatal repercussions on people’s mental health. Mr Ahmed shed light on what conspiracism is, explaining that it can be broken down into “epistemic anxieties” and people’s insatiable hunger for information.

COVID-19 has claimed millions of lives across the globe since it broke out in 2019 but despite clear evidence that the virus really exists, with the death tolls climbing aggressively, phenomena like suspicions about what is really going on and conspiracy theories persist, with millions of people refusing to get jabbed as a result.

Read more: Cult-owned gofer and little boy in short trousers Imran Ahmed serving his masters like a good little boy by equating truth and informed consent with ‘a risk to life’ as people die and are permanently maimed all over the world by fake vaccines that he seeks to protect from public scrutiny … Nuremberg, Nuremberg, Nuremberg, Ahmed is waiting for you and for the spineless fake ‘journalists’ who quote you without exposing your background and connections