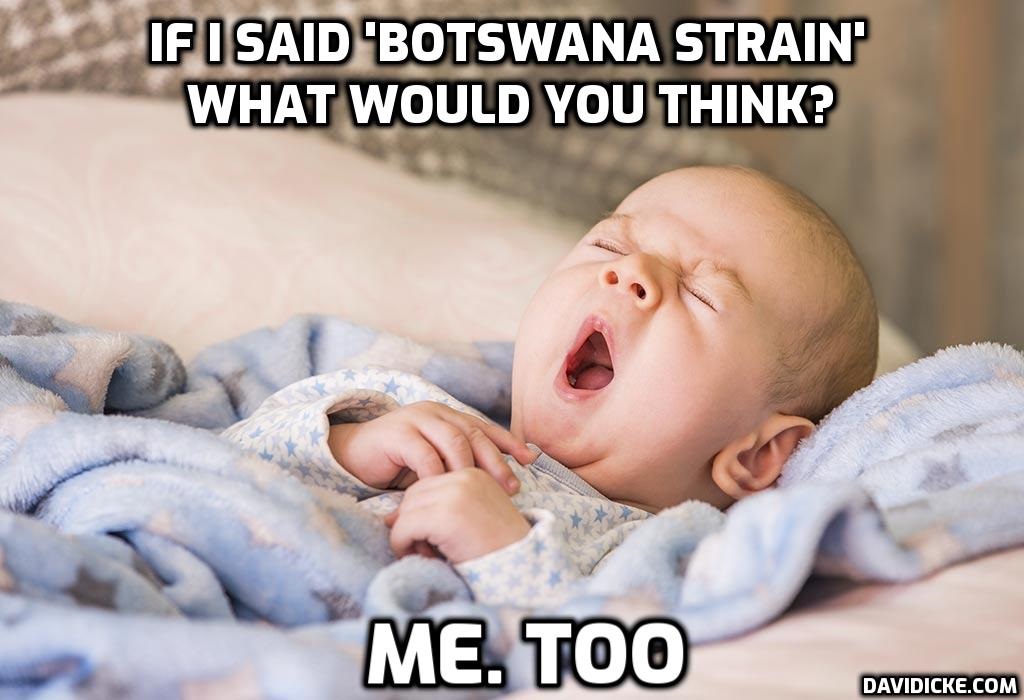 British experts have sounded the alarm over a new Covid variant believed to have emerged in Botswana that is the most mutated version of the virus yet.

Only 10 cases of the strain, which could eventually be named ‘Nu’, have been detected so far.

But it has already been spotted in three countries, suggesting the variant is more widespread.

It carries 32 mutations, many of which suggest it is highly transmissible and vaccine-resistant, and has more alterations to its spike protein than any other variant.

Professor Francois Balloux, a geneticist at University College London, said it likely emerged in a lingering infection in an immunocompromised patient, possibly someone with undiagnosed AIDS.

Changes to the spike make it difficult for current jabs to fight off, because they train the immune system to recognise an older version of this part of the virus.

Dr Tom Peacock, a virologist at Imperial College who first picked up on its spread, described the variant’s combination of mutations as ‘horrific’.

He warned that B.1.1.529, its scientific name, had the potential to be ‘worse than nearly anything else about’ — including the world-dominant Delta strain.

Scientists told MailOnline, however, that its unprecedented number of mutations might work against it and make it ‘unstable’, preventing it from becoming widespread.

Read More: New Botswana variant with 32 ‘horrific’ mutations is the most evolved Covid strain EVER and could be ‘worse than Delta’