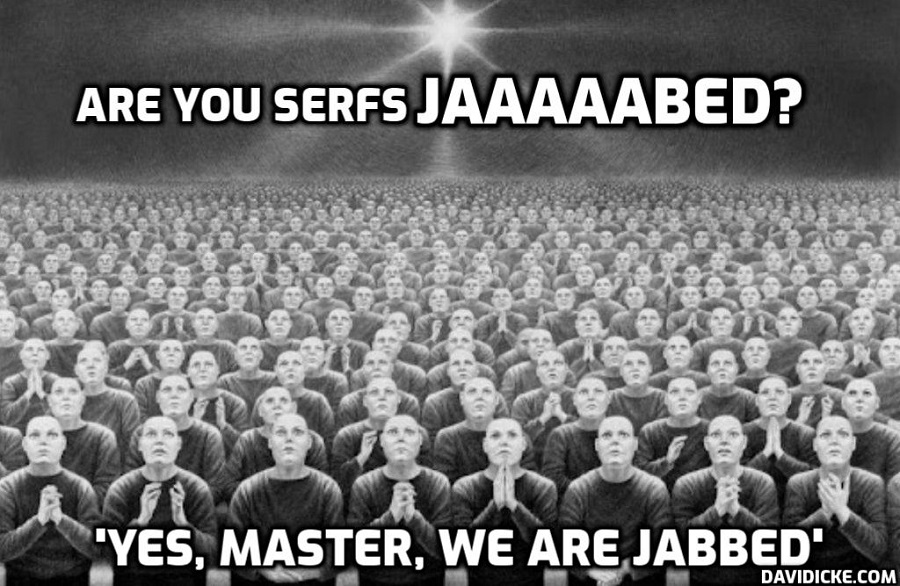 Despite a preponderance of evidence proving COVID to be a non-event for most of us, over 1 million people have fallen foul to vaccine injury. This should be enough to stop most people in their tracks. It hasn’t. Many emerge from near-death experience even more pontifical than before, denouncing the rest of us for not joining in this mortal game of Russian Roulette.  Fuelling their self-righteous indignation of us, is other people’s self-righteous indignation of them. It is a perpetual loop of blame and shame.

There can be no avoiding these people. A sort of Provisional Mask Army.  The ones acting in good conscience lost to the morally virtuous super spreaders of hyperbole.

They have been groomed by something far more powerful than the truth, called ‘the science,’ and they will follow ‘it’ right off the edge of a cliff.

But that’s only half the story. if you’re unfortunate enough to die within two weeks of taking the jab, despite your best effort, the CDC might record your death as ‘unvaccinated,’  the commentariat might report that you “died suddenly and following a short illness,” and family members might take comfort in the fact that “things could have been worse.”

This unholy mess works because a new ideology has swept across the moral fabric. Unless you’re taking an experimental medical intervention fraught with danger, you’re dancing on the graves of all those who have died. Ridding people with guilt takes away their power, and blind obedience to authority does the rest, as Milgram discovered in his landmark experiment.

But the fact that humanity is in an abusive relationship with its governments, is only one part of the problem. There’s a long history of cults infiltrating polite society.  The cult of personality of Lenin and later Stalin once captured an entire nation. But never in history has the entire world fallen to a cult.

Read more: They Live Amongst Us: Anatomy of a Cult