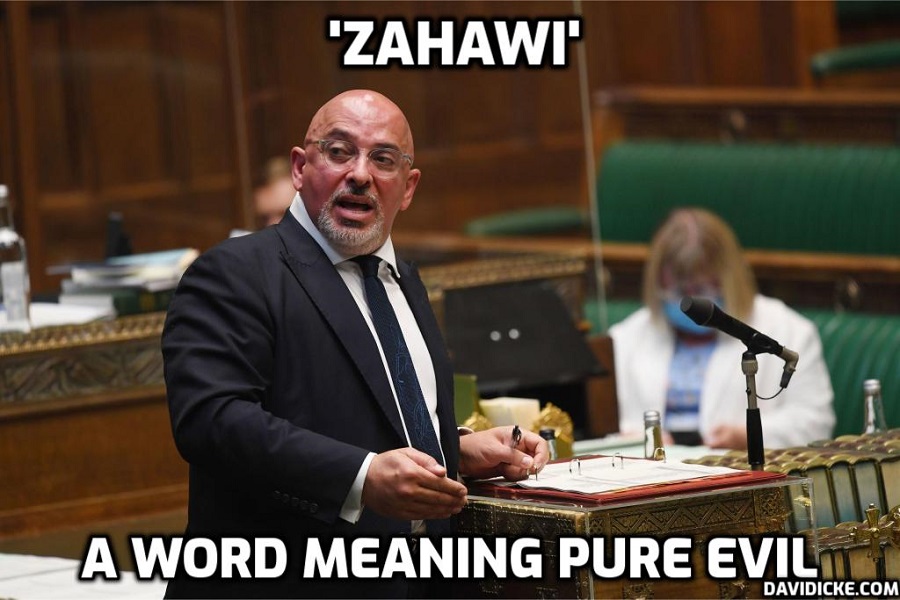 Britain will be the first country in the world to beat the pandemic, Nadhim Zahawi claimed today — as experts insisted the UK will avoid a European-style wave of cases because it went ahead with ‘Freedom Day’.

Mr Zahawi, the former vaccines minister, said it was ‘absolutely the right thing’ to drop all restrictions in July and allow the virus to spread during the warmer months when the NHS was less busy — despite huge criticism at the time.

He suggested the UK would be the first major economy to transition from pandemic to endemic because it frontloaded its Delta cases and is racing ahead of most of its EU neighbours in administering booster vaccines.  There is currently a fresh wave of the Delta variant rollling across the continent that has sent nations back into draconian restrictions and triggered a wave of violent protests.

The UK was slammed as the ‘sick man of Europe’ throughout the summer and autumn for consistently recording the highest levels of infection on the continent.

But Mr Zahawi told LBC Radio: ‘Our four-step plan meant that we were able to open up the economy in the summer. Some said it was a mistake — I think it was absolutely the right thing to do.’

In a sign that boosters could be rolled out every year, he added: ‘We will probably, I hope, without being complacent, be the first major economy in the world to demonstrate how you transition (from) pandemic to endemic using vaccines.’

Austria became the first in Western Europe to impose a nationwide lockdown today and the Czech Republic and Slovakia have put the unvaccinated under stay-at-home orders. Germany is also considering making vaccines compulsory. Violent protests also broke out in the Netherlands, Belgium, Switzerland and Northern Ireland over the weekend opposing curbs.