The Bureau of Labor Statistics reported Wednesday morning that prices rose 6.2 percent on a year-over-year basis in October. That’s the highest YOY rate since December 1990, when the Consumer Price Index was also up 6.2 percent.

October’s rate was up from 5.3 percent in September and remains

part of a surge in the index since February 2021, when year-over-year growth was still muted at 1.6 percent. 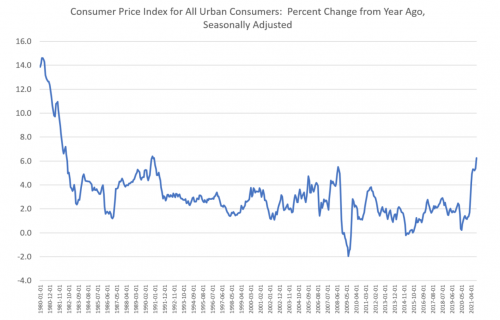