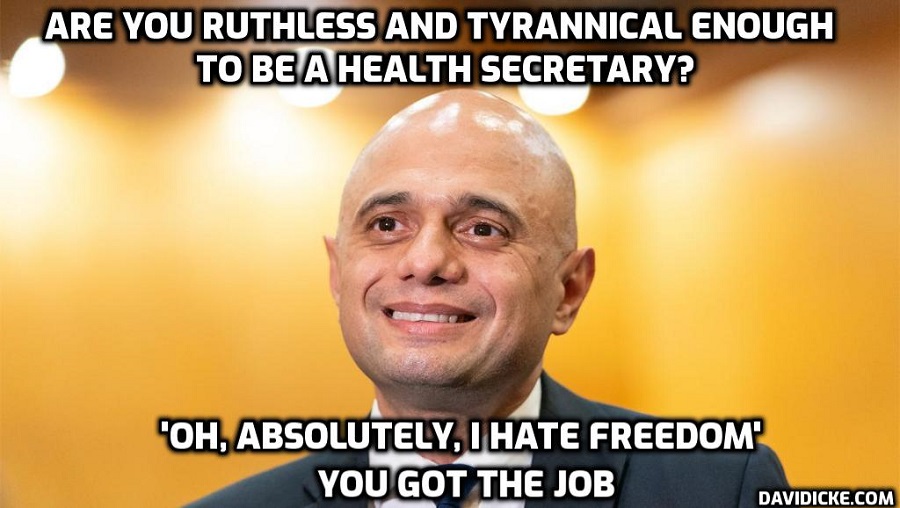 The Health Secretary has refused to rule out the possibility of adopting a France-style vaccine passport system, which entails receiving the booster shot in order to be labelled as ‘fully vaccinated’. In a recent interview with Sky News, Javid couldn’t say for certain whether the scheme wouldn’t be introduced “potentially in the future”. If such a policy were to become law, it would mean that those who are offered the booster shot (such as those over the age of 65 years-old) but refuse, would be denied entry to certain venues. The Independent has the story.

Asked if making a third jab part of a Covid pass is “something that you might look at”, Javid replied: “We’re not looking at that yet.

“I think, in due course, we will have to look at what constitutes vaccination, but at this point the most important thing is that anyone that’s eligible gets out there and gets their booster.”

Pressed on whether the curb could be introduced “potentially in the future”, the Health Secretary told Sky News: “I can’t rule that out.

“We know now that the vaccines do wane and it’s important that, where it’s necessary, that those people get a top up. I think it’s something that we have to keep under review.”

Covid passes have been introduced in Wales, and are now being extended to cinemas and theatres, while Scotland requires proof of double vaccination for crowded venues.

A similar plan was shelved in England, but is part of the Government’s ‘Plan B’ should Covid hospitalisations and deaths rise sharply over the winter.

If introduced, it would require proof of vaccination for “indoor crowded settings with 500 or more attendees such as music venues or large receptions”, including all nightclubs.

The events would be those where people “are likely to be in close proximity to people from other households”, the winter plan set out.

Read more: Javid Refuses to Rule Out Use of France-Style Fake Vaccine Passports For Those Who Refuse the Booster Shot – that’s because it is the Cult agenda that this Cult gofer is following just like Hancock and it’s only a case of when they think they can get away with it