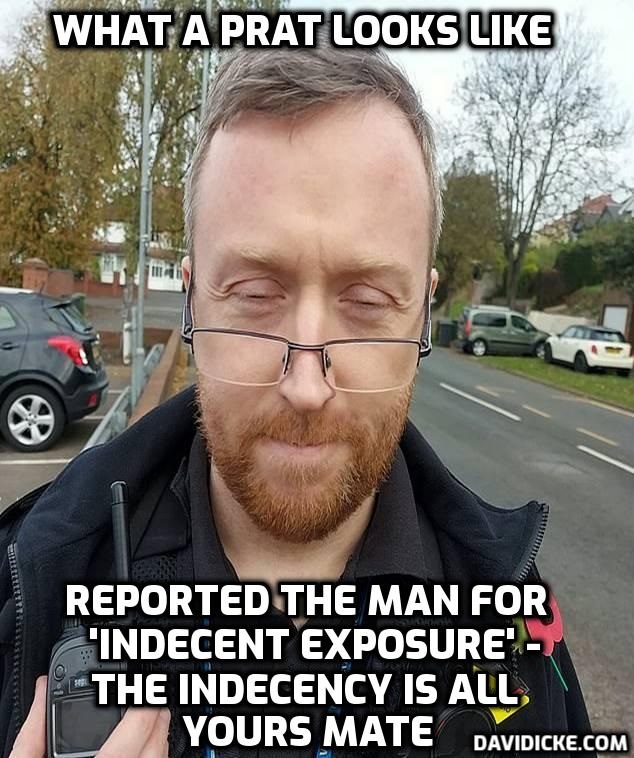 A terminally-ill pensioner was arrested by six police officers in his back garden after baring his bottom at a speed camera, because it was on his bucket list.

Retired university lecturer and former nurse Darrell Meekcom drew up a list of things he wanted to do before he died after being given the tragic news last month he had multiple system atrophy.

Among the items was to moon a speed camera, so last Friday the 55-year-old bared his bottom to a mobile police speed van in Kidderminster, Worcestershire.

But the officer behind the wheel of the unit failed to see the funny side and flagged the incident as an ‘indecent exposure’.  Just 20 minutes later, three police cars pulled up outside the home of Mr Meekcom – who also has Parkinson’s Disease and heart and kidney problems – and demanded to be let in.

When the disabled father-of-two refused, officers allegedly raided his home and kicked down the garden gate before wrestling Mr Meekcom to the ground outside to put him in cuffs.

In footage filmed by his wife, Mr Meekcom, who used to lecture medical students at Birmingham City University, can be heard telling the officers, ‘Have you never wanted to moonie a speed camera? Well I did.’  Mr Meekcom was subsequently arrested and hauled to the station, before being released under investigation.

US to Increase Military Presence in Australia in B...