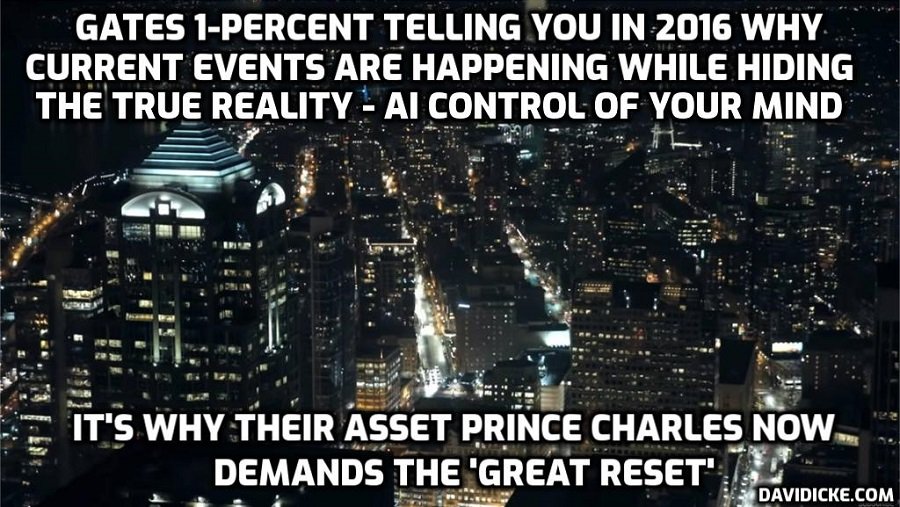 As we exit the pandemic, expect to hear much more about The Great Reset and building back better. Far from resulting in a low-carbon dream life, though, it’s a cartoonish fantasy that will hand the global elite even more power.

‘The Great Reset’ is a term that has been bandied about quite readily by most Western neo-liberal politicians. So often, in fact, and without proper explanation, that it strikes the prudent observer as a kind of paid advertisement.

But what is it exactly? The term rose to prominence at the 50th annual meeting of the World Economic Forum (WEF) in June 2020. It was initially launched by the Prince of Wales, before being absorbed into the philosophy of the sartorially dystopian sci-fi villain Klaus Schwab, founder and executive chairman of the WEF.

The Great Reset refers to a plan to rebuild the world’s infrastructure ‘in a sustainable way’ following the economic ravages of the Covid-19 pandemic and to establish a global treaty to prevent future pandemics, or as it is described more formally, to “build a more robust international health architecture that will protect future generations.” If you ever hear people talking about “building back better,” they are referring to The Great Reset.

Probably the most disturbing part of The Great Reset is how much it strongly resembles business-as-usual, only with EXTRA globalism. Most of the plan’s outlines include a further weakening of national boundaries and individual national autonomy, in favour of a more ‘universal governance.’ As usual, it is the rapidly vanishing Western middle class which must shoulder this burden, as their freedoms are further curtailed to meet the quotas of corporate-media-fuelled activism.

Regardless, many world leaders, no doubt charmed into acquiescence by Schwab’s commandingly sinister Blofeld-esque wardrobe, agreed to the Great Reset, including Boris Johnson, Emmanuel Macron, Angela Merkel, Kyriakos Mitsotakis, Mark Rutte, Pedro Sánchez, Erna Solberg and Volodymyr Zelensky. According to John Kerry, Joe Biden’s administration is on board, too.

But the general agreement of the Western leaders is absolutely typical of any agenda which is espoused by NATO, the UN, or the WEF. If an emotionally charged, politically vague and ultimately ineffectual edict or bill is proposed by one of these entities – each resembling a shabby, globe-trotting team of insurance salesmen – our effete politicians line up to show the most fervent compliance.

Read more: Now is the time to look much more closely at The Great Reset, a fake Utopia being sold to us by charlatans