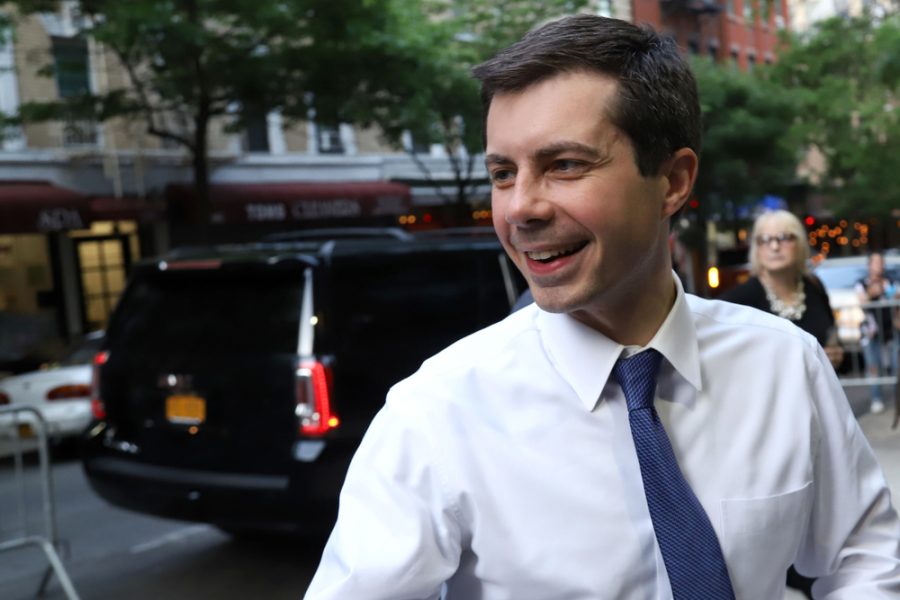 Transportation Secretary Pete Buttigieg appeared on the DC narrative shaping program hosted by swamp gatekeeper Chris Wallace.  Within the interview Buttigieg was questioned about why West Coast port backups are worse now than before the White House announced their solution to operate ports 24 hours a day, 7 days a week.

Buttigieg proclaimed the ports are being impacted by the pandemic, and ships stuck in China are the reason why ships are sitting off the coast of California.   Yeah, try to square that circular logic.  LOL.  The scale of incompetence, even in common sense politispeak, is off the charts.  The illogical statements by this guy are legendary; however, he outdid himself today.

Eventually Pete weaves his way through fourteen nonsensical catch phrases to get to a point where he proclaims nothing in the supply chain will start being more efficient until everyone is vaccinated.  And yes, it appears that he is so stuck in pretzel-speak, Buttigieg actually believes that.