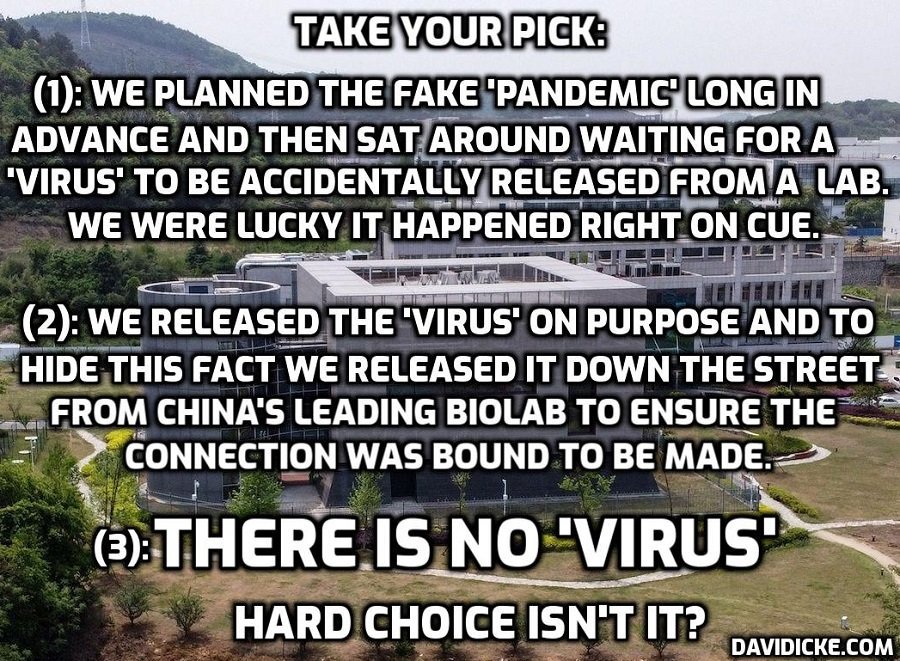 According to a recent declassified report, U.S. intelligence have remarked that the lab leak theory, which claims that the global spread of Covid began when the virus escaped from a Chinese laboratory by accident, is a plausible explanation, but has stated that the disease was never intended to be a biological weapon. The Telegraph has the story.

The report, which China branded a “farce”, said agencies may never be able to identify the source of the global pandemic but dismissed accusations that Covid was developed as a bioweapon.

Those pushing that theory have been accused of disinformation and had “no direct access” to the Wuhan Institute of Virology, it said.

One intelligence agency said it had “moderate confidence” that the first infection was probably because of a laboratory accident involving experiments and animals at the Wuhan Institute.

The report updates a review ordered by President Joe Biden amid political infighting over how much to blame China rather than governments that may not have moved quickly enough to protect citizens.

Former Republican President Donald Trump – who lost his bid for re-election as the deadly pandemic ravaged the US economy – and many of his supporters referred to Covid as the “China virus.”

The Chinese embassy in Washington said, “The U.S. moves of relying on its intelligence apparatus instead of scientists to trace the origins of Covid is a complete political farce.

Read more: US Intelligence Claims That Covid May Have Escaped By Accident From Chinese Lab – absolutely nonsensical, monumental, gargantuan BOLLOCKS