There is a coordinated effort worldwide to introduce a Digital Identity and Social Credit System, and the latter is coming to the United Kingdom from January 2022 according to a UK Government press release. 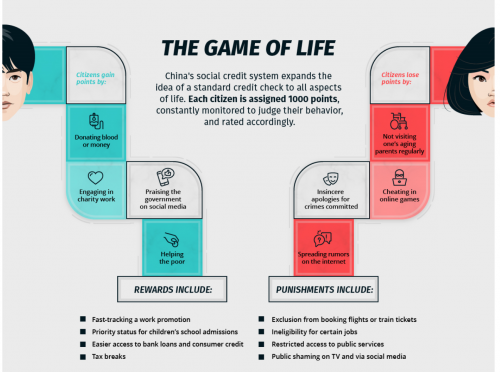 In January 2022 the the Department of Health and Social Care, currently led by Sajid Javid, plan to launch a new app that will allegedly help people to make positive changes to their diet and physical activity.

A pilot scheme will see users wear wrist-worn devices that can generate personalised health recommendations, such as increasing their step count, eating more fruit and vegetables, and decreasing portion sizes.

Users will allegedly collect points for behaviours deemed healthy by the Government, which will unlock “rewards”. The Government says these rewards could include “gym passes, clothes or food vouchers, discounts for shops, and cinema or theme park tickets”.