In February, Pfizer was accused of “bullying” governments in COVID vaccine negotiations in a groundbreaking story by the Bureau of Investigative Journalism. A government official at the time noted, “Five years in the future when these confidentiality agreements are over you will learn what really happened in these negotiations.”

Public Citizen has identified several unredacted Pfizer contracts that describe the outcome of these negotiations. The contracts offer a rare glimpse into the power one pharmaceutical corporation has gained to silence governments, throttle supply, shift risk and maximize profits in the worst public health crisis in a century. We describe six examples from around the world below. 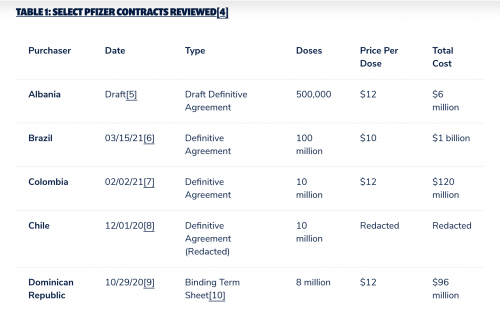