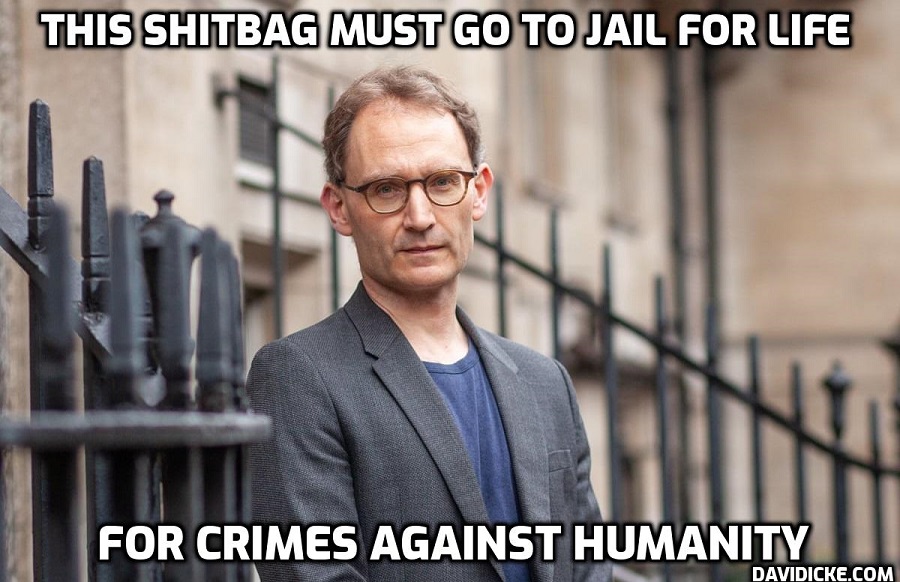 Face coverings should be brought back to remind people to be cautious in everyday interactions, one of the Government’s most influential scientific advisers suggested today.

‘Professor Lockdown‘ Neil Ferguson said masks ‘remind people we’re not completely out of the woods yet’.

All legal Covid restrictions were lifted in England on ‘Freedom Day’ in July, bringing an end to mandatory coverings indoors. However, people are still required by some transport companies and in medical settings — and No10 still advises people wear them in crowded environments.

Ministers are keeping masks, WFH guidance and controversial vaccine passports in their back pocket as part of the Government’s ‘Plan B’, if an expected surge in cases this winter heaps unsustainable pressure on the NHS.

Professor Ferguson, an epidemiologist who sits on SAGE, admitted some measures have to be rolled back, in the event of an uptick in infections.

But speaking to BBC Radio 4’s Today programme, he ruled out another blanket shut-down. He said: ‘I doubt we’ll ever get close to [the] lockdown we were in in January of this year.’

Professor Ferguson also called for Britain to follow Europe’s lead in giving teenagers two Covid vaccines instead of just one.

He said: ‘Most other European countries are ahead of us in vaccinating teens and they are giving them two doses, not just one dose. We know two doses really are needed to block infection and to prevent transmission.’ [LOL, except even two doses do not actually do this.]

The UK’s chief medical officers only recommended giving children on jab over concerns of a very rare heart inflammation side effect called myocarditis, which there is a higher risk of after the second dose.

Meanwhile, most Western European countries have kept these in place — such as masks and vaccine passports — and are recording less infections and ‘and certainly not case numbers which are going up as fast as we’ve got’, Professor Ferguson said.

He said: ‘Nobody likes having their freedoms curtailed by measures but it’s prudent to be cautious in everyday interactions — certainly wear(ing) masks helps, it reminds people that we’re not completely out of the woods yet.’