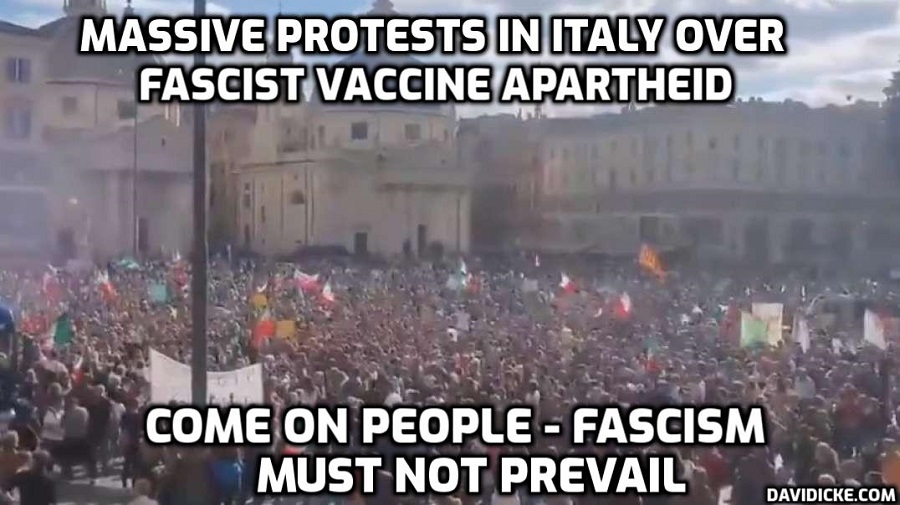 Protesters in Italy have claimed that the authorities rigged a supposedly live webcam to show an empty square in Trieste’s city center while it was packed with demonstrators against the vaccine passport mandate.

On Monday evening, crowds gathered in the Piazza Unita d’Italia in Trieste to protest against the government’s imposition of a ‘green pass’. The government had made it a legal requirement for all workers to be vaccinated or provide a negative Covid-19 test from the previous 48 hours.

Videos from the square showed hundreds of people staging a sit-in in the northern Italian city, however, as highlighted by one of the protesters in a widely shared video, the city’s webcam suggested the piazza was almost empty.

The footage starts with the camera focusing in on a protester’s phone in which SkylineWebcams.com’s live stream for Trieste’s Piazza Unita d’Italia is shown. The empty square, as seen on the live webcam, appears to be in stark contrast to the reality, as the demonstrator pans their camera to show hundreds of people present in the Piazza Unita d’Italia.