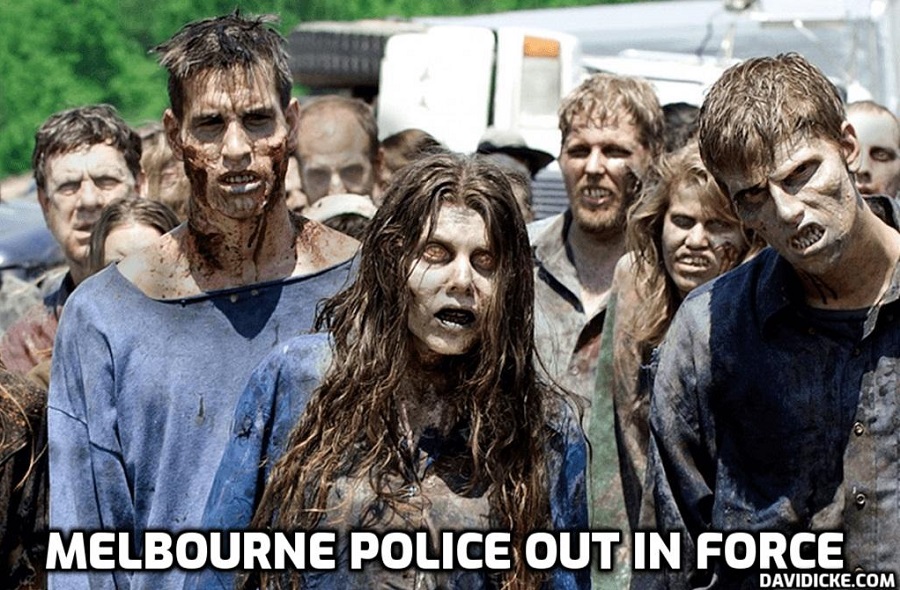 Video footage of Melbourne police checking whether a man’s coffee cup was empty to verify his excuse for not wearing a mask is stirring the latest round of online outrage over Australia’s dystopian Covid-19 policies.

While it is unclear when exactly the video was recorded, the clip went viral on social media on Friday and Saturday, showing several police officers confronting a man on what appears to be a park trail. One of the officers grabs the man’s coffee cup while asking, “Do you mind if I check if there’s actually anything in that?” He shakes the cup, and after apparently establishing that there was liquid inside, he backs away and tells the man, “Enjoy your coffee.”

The 10-second clip ends with the coffee drinker telling the police, “Jesus loves you all. God bless. I’ll be praying for you all.”

While the parkgoer dealt with the confrontation calmly and cordially, and it remains unclear when exactly the footage was recorded, online observers expressed shock over yet another example of Australia’s apparent Covid-19 “authoritarianism.”

Read more: ‘Coffee cup Gestapo’: Fascist lunatic Australian cops slammed for checking man’s beverage to verify his excuse for not wearing mask. Are you a fascist? Yep. Are you a lunatic? Yep. You got the job – here’s your uniform