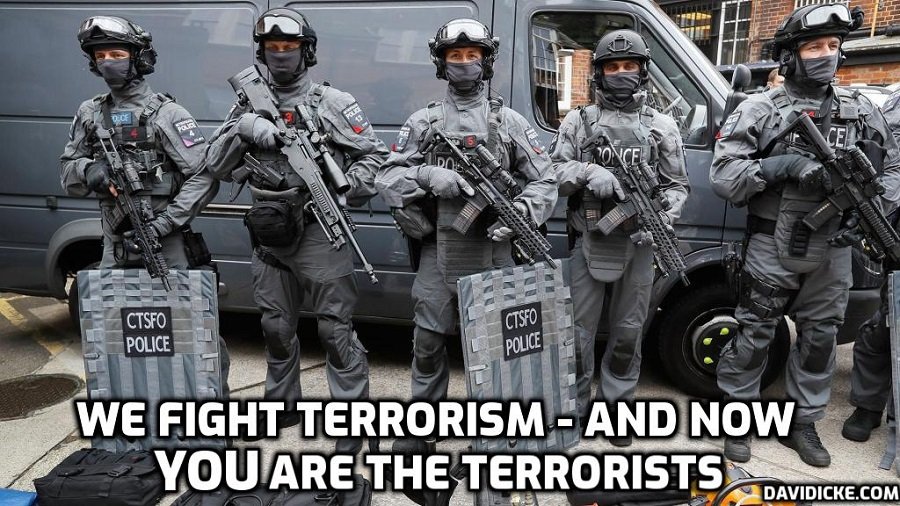 Governments, their agencies and the mainstream media (MSM) appear to be engaged in a concerted propaganda campaign. The aim is to convince the public that elements within the anti-lockdown, pro-freedom movement are being radicalised towards violence. They suggest that these people suffer from a “lack of trust” in government and that it is this which singles them out as especially dangerous.

In particular, a narrative is being created to lay blame upon the so-called “anti-vaxxers”. The evidence offered to substantiate this litany of allegations is weak to non-existent. The objective appears to be to raise the spectre of a terror threat that does not seem to be in evidence. This modus operandi looks similar to previous propaganda operations to create the public perception of a threat.

In the years preceding the 2003 illegal invasion of Iraq, the British foreign intelligence agency MI6 (Secret Intelligence Service) was engaged in Operation Mass Appeal. The operational goal was to convince the public that they faced a threat from Saddam Hussein. Unconvincing intelligence reports were fed to the public by government propagandists posing as journalists.

Recently, the BBC reported a “story” about razor blades purportedly fixed to the back of anti-vaxxer posters—the allegation being that this was done to deliberately harm people who take them down. This tale made no sense.

The Rail, Maritime and Transport (RMT) trade union had warned Transport for London (TfL) about this apparent danger. Despite these being “anti-mask” posters, a spokesman from the RMT said that “anti-vax conspiracy theorists” had resorted to this “disgusting practice”. Yet TfL stated that they had no knowledge of any such practices ever occurring. Referring to these alleged posters, a TfL spokesperson reportedly said:

None have been detected on our network and there have been very few instances of unauthorised adverts and materials relating to the pandemic.

Read more: Blaming Anyone Who Questions Covid-19 Policy for a New Wave of Terrorism