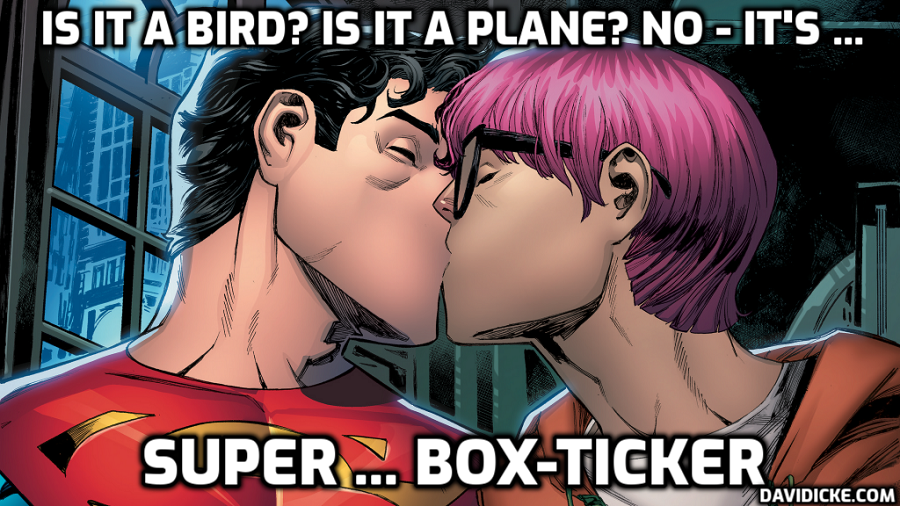 The Man of Steel will be in a same-sex relationship while combatting the climate crisis and protesting against the deportation of refugees.

Jonathan Kent, the new iteration of Superman, is bisexual, according to DC Comics.

The traditionally heterosexual superhero will embark on a same-sex relationship with a friend in a new comic. Kent, who is the son of Clark Kent and Lois Lane, started his tenure in July.

“The idea of replacing Clark Kent with another straight white savior felt like a missed opportunity,” Tom Taylor, the series writer, said in an interview with the New York Times.

His new love interest is Jay Nakamura, a reporter who cares for him after he “mentally and physically burns out from trying to save everyone that he can” in an issue of Superman: Son of Kal-El #5, to be released in November. Nakamura is also revealed to have special powers.

Kent’s sexuality is not the only way in which the character has been updated for a new audience and time. Recent issues have seen him protesting against the deportation of refugees, stopping a high school shooting and trying to put out wildfires that were the cause of the climate crisis.

“I’ve always said everyone needs heroes and everyone deserves to see themselves in their heroes and I’m very grateful DC and Warner Bros share this idea,” said Taylor in a statement. “Superman’s symbol has always stood for hope, for truth and for justice. Today, that symbol represents something more. Today, more people can see themselves in the most powerful superhero in comics.”