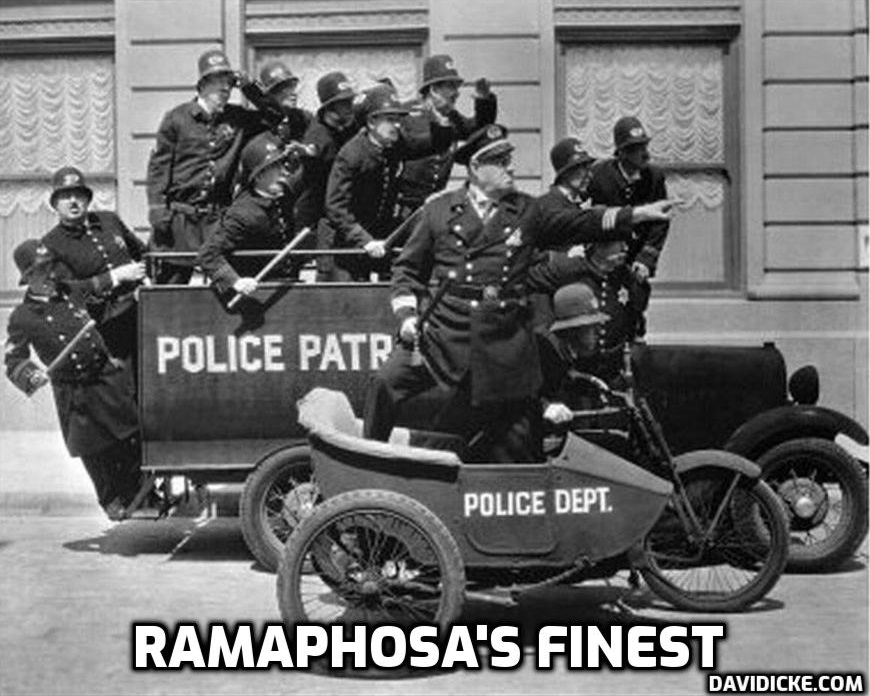 Under the new regulations, which took effect [30 September], curfew lasts from midnight to 4am, restaurants, bars and stores can sell alcohol as per their licences up until 11pm, and attendance at indoor gatherings has been raised from 250 to 750 and at outdoor events from 500 to 2,000. Maximum funeral attendance has been raised from 50 to 100 while “after tears” events are still banned. – Daily Maverick

But South Africans have had enough. The hashtag – #VoetsakANC – began trending on social media a few months ago.  Since then, every Friday the hashtag trends on local Twitter.

“Voetsak” is an informal Afrikaans word for “go away” and it’s not meant as a pleasantry, it’s the equivalent of saying “p*ss off.”  The ANC is the party of current President Cyril Ramaphosa and the late Nelson Mandela.

On Saturday Capetonians took to the streets, again, to make their voices heard.

Joe Emelio, who is becoming one of the most sought-after comedians in Cape Town, was at the protest against mandatory injections at Sea Point in Cape Town on Saturday.  He noted the South African Police Service (“SAPS”) seemed very aggressive towards protesters despite it being a peaceful march.  The police brought in a water cannon to use against protestors but as Emelio tweeted:

LOL! 🤣 GUYS! I never thought I would be so thankful for the corruption in the SAPS!