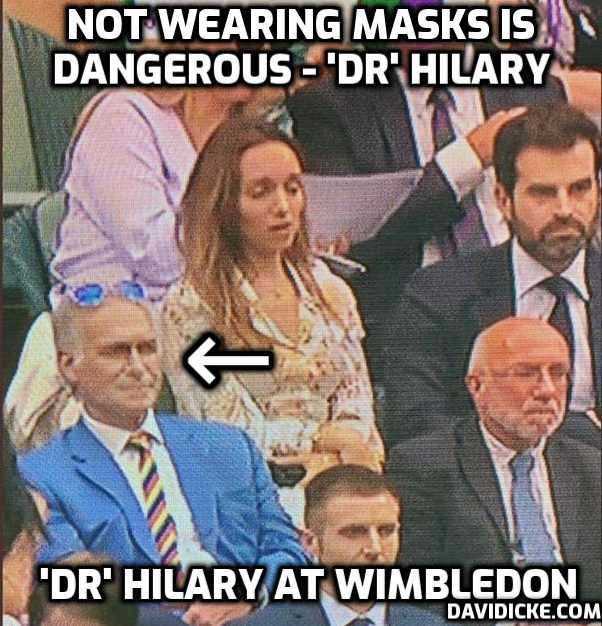 Dr Hilary Jones – where do we begin? Good Morning Britain’s resident Doctor has had a lot to say to the British people since the alleged Covid-19 pandemic struck.

“As a doctor, I have to ask the question, is a holiday really important and essential in a global pandemic? It really isn’t. It’s a luxury. It’s something that you can do without in order to preserve life.”

Here’s what Dr Hilary had to say just a few days later once the media cottoned on to the fact, he would be going on a cruise later this year –

“Later this year I am joining a domestic cruise in British waters which remains at sea throughout and does not call at any UK port let alone one abroad.  It leaves from Southampton and returns there without stopping.”

He then reiterated that it is a work trip as he will be giving talks about his upcoming novel, titled Frontline, which is “dedicated to frontline personnel during the 1918 pandemic and NHS workers now. Pleasant work of course but still work and a nice break for me after a year without one.”

Dr Hilary left out the part where is hoping to make massive amounts of money by writing a book about a pandemic, during an alleged pandemic. But you probably worked that one out for yourself?

The medical “expert” was also seen on TV earlier educating viewers on how to perform CPR. He stated that because of the alleged Covid-19 virus it is very important to put a covering over the persons mouth before performing CPR, because of the “danger of droplets being expelled” as compressions are started… No, we’re not making it up.

Read more: As protestors gather outside fake vaccine-promoting ‘Dr’ Hilary’s house – what are his connections to Bill Gates and Big Pharma?