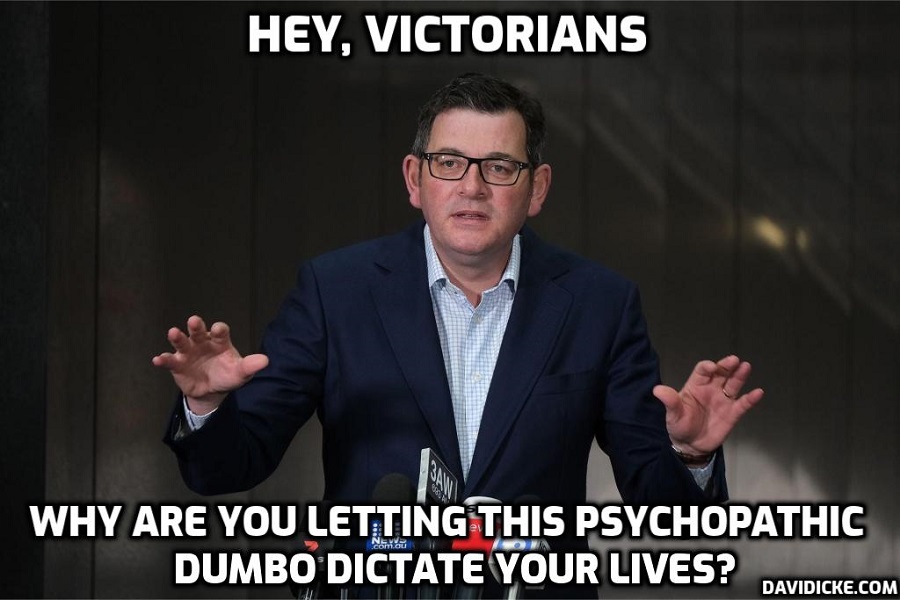 Police in Melbourne arrested more than 100 demonstrators at a rally against mandatory vaccination. The protest came after Victoria Premier Daniel Andrews issued a fresh round of vaccine mandates, affecting over a million workers.

Andrews announced on Friday that all Victoria residents working outside their homes need to have a first Covid-19 vaccine dose by October 15 and be fully vaccinated by November 26. The mandate will affect around 1.2 million Victorians, the Guardian reported, working in a range of occupations including retail, law, media and professional sports. It comes on top of existing mandates for healthcare, education and construction workers.

These mandates, and the draconian lockdown implemented by Victoria authorities, have led to mass demonstrations marked by extreme police brutality. Locals in Melbourne took to the streets again on Saturday to protest against the mandates, but the several dozen demonstrators were outnumbered by cops, who soon chased them away on horseback, while officers on foot tackled and arrested some among the crowd.

Read more: More than 100 protesters arrested as fascist police in Melbourne crack down on demonstrators against fascist vaccine mandate