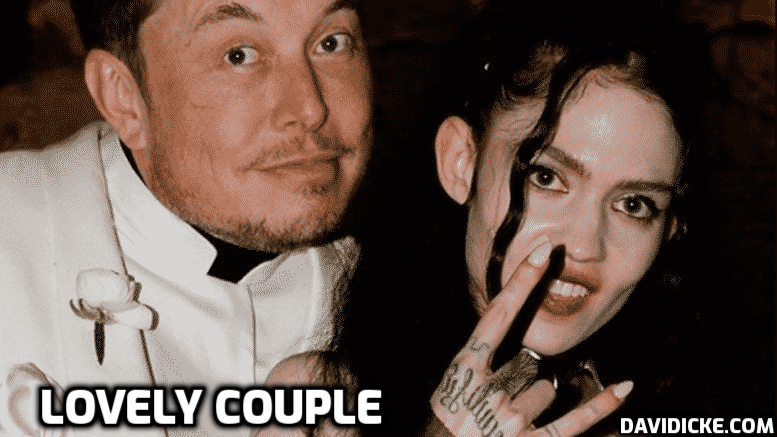 Everyone knows the old saying: “Behind every technocrat is a transhumanist sorceress.” Nothing lasts forever, though, except the immortal soul and silicon.

In the tradition of celebrity lovebirds, Elon Musk just announced he’s splitting with the techno-pagan pop star Grimes (or “c”, or “War Nymph,” or whatever she’s calling herself these days). But the world’s richest man assured gossip writers they’re still on good terms. After all, Musk and Grimes have their son X Æ A-Xii to raise. Some say he has his father’s eyes.

For the consumer class, celebrity technocrats are exalted as idols. Even after their nasty separation, Bill and Melinda Gates are adored as heroic philanthropists. On a spiritual level, Mark Zuckerberg and his wife Priscilla Chan represent a postmodern fusion of Western Judaism and Eastern Buddhism.

As cultural icons, Musk and Grimes blend his tech expertise with her dark transhumanist vision. Grimes’s pop fantasies—deeply rooted in futurism and the occult—are being realized alongside Musk’s innovations.

Kneeling to the Highest Power

Even as a casual techno fan, I never paid attention to Grimes until a wise right-wing blogger noticed her 2018 single “We Appreciate Power.” The catchy, if intensely irritating track is a hymn to a super-conscious Computer God. The lyrics portray humanity living in a virtual simulation, ruled over by divinized artificial intelligence—to whom every knee shall bend. The sappy bridge is about uploading the mind to achieve digital immortality.

Read More: When Elon Musk Hooked Up With The Pagan Witch