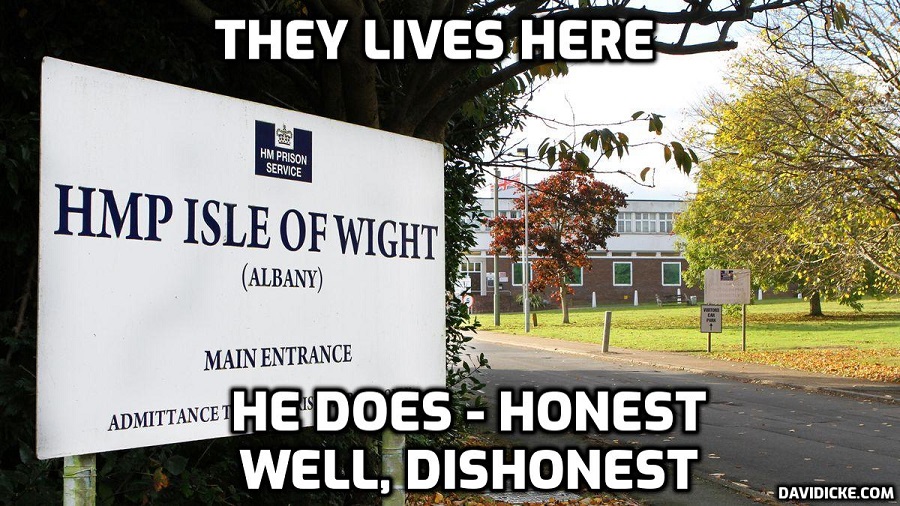 A high security prison that holds rapists, sex offenders and paedophiles is distributing pronoun badges to inmates as part of a gender identity inclusion drive.

HMP Isle of Wight – whose former inmates include paedophile Gary Glitter and the Kray twins – announced its equalities team would be handing out the preferred gender pronoun badges as part of National Inclusion Week.

The category B prison, which is made up of HMP Albany and HMP Parkhurst, has unveiled six purple badges with pronouns including ‘he/they’, ‘her/they’, ‘she/her’ and ‘they/them’.

The badges include a mix of non-binary options and one that reads: ‘Ask me!’

In a tweet the prison said: ‘In preparation for National Inclusion Week our equalities team have started distributing pronoun badges. What’s your pronoun?’ 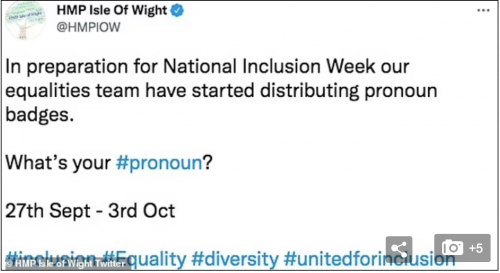 The tweet went on to use a series of hashtags including ‘inclusion’, ‘equality’, ‘diversity’ and ‘united for inclusion’.

It was not made clear whether the badges would be given to all prisoners, staff and visitors.

The post has since been met with a wave of criticism from locals, with one saying the move was a ‘stunning waste of money’.

One person wrote: ‘Guess whoever is in charge of equalities and inclusion has to justify their over inflated salary somehow. I’m sure the prisoners will be delighted that you spend money on badges, they will feel so reassured and ‘heard’.