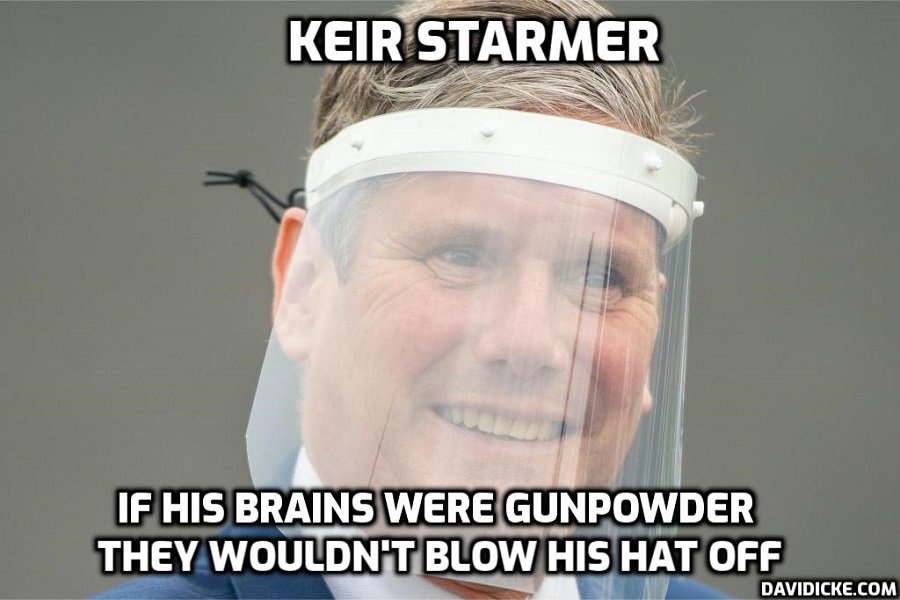 After refusing to say that only women have cervixes, Keir Starmer will lose even more working-class voters.

Imagine if the leader of a mainstream political party went on TV and said, ‘The Earth is flat’. Or ‘Man didn’t walk on the Moon’. Or ‘Dinosaurs never existed’. You’d think him mad. You certainly wouldn’t feel inclined to vote for him. And yet Labour leader Keir Starmer did the equivalent of this on The Andrew Marr Show this morning. Marr asked Starmer, ‘Is it transphobic to say only women have a cervix?’. Starmer’s reply was positively bonkers. That is ‘something that shouldn’t be said’, he told Marr. ‘It is not right.’

It is not right? To say that cervixes – the canal between the uterus and the vagina – are found in women only? Someone needs to buy Mr Starmer a few GCSE biology books (though, heaven knows, they’ve all probably been edited to excise the hateful, phobic idea that women and men are biologically different). Of course the real problem here is the body part that Starmer himself is missing – yes, a cervix, given only women have those, but also a spine. It is Starmer’s dearth of backbone that has led him to spout hocus pocus on national TV in the hope that it will keep the woke mob from the door.

Anyone who observes, no doubt with growing bemusement, the shitshow that is modern British politics will know why top politicians are being asked about women’s body parts on Sunday morning discussion shows. It’s because of the relentless rise of the ideology of transgenderism and of the wholly unscientific idea that you can switch sex. The borderline religion of genderfluidity, cleaved to by virtually every wing of the establishment, holds that men can become women simply by declaring it, and therefore that it is ‘transphobic’ to narrowly define ‘woman’ as someone who was born female. All the talk of cervixes and other biological realities is offensive, apparently, to people with a cock and balls and five o’clock shadow who want to be women, too.

The reason Starmer in particular is being cornered by questions about cervixes is because it is one of his own MPs – Rosie Duffield – who scandalised the woke set by stating a biological fact: that ‘only women have a cervix’. To the trans lobby and its allies, such utterances are tantamount to blasphemy, to an attempted ‘erasure’ of trans people, and anyone who makes them must be severely punished. And so it is that Ms Duffield has been the victim of a vicious smear campaign, and has all but been put in the ducking stool by woke culture warriors who believe that any woman who questions the gospel of trans is a denier, a heretic, a witch.