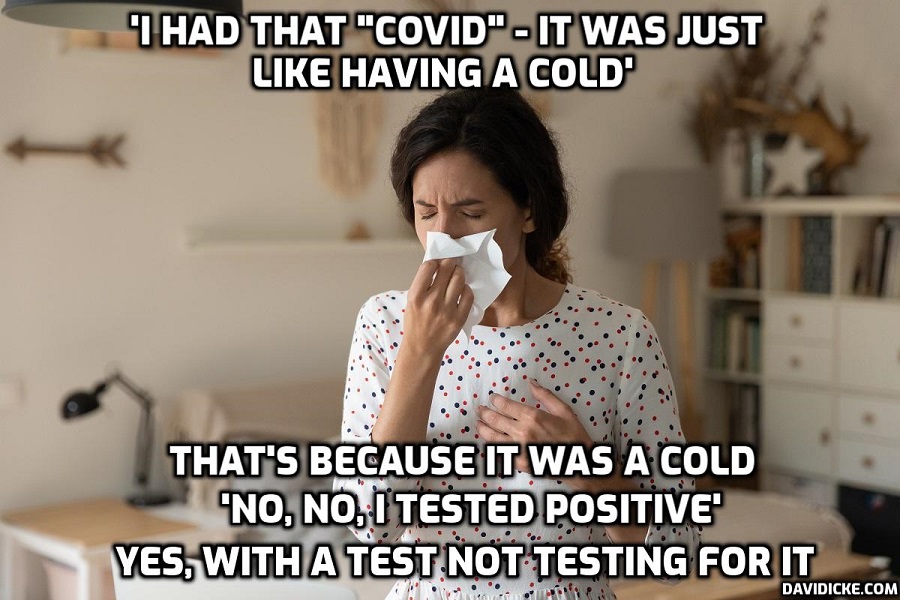 In a post on long Covid back in July, I said that “estimates of the chance of reporting symptoms after 12 weeks range from less than 1% to almost 12%”. That 12% figure came from the ONS, who found that individuals who tested positive were 12 percentage points more likely than controls to report at least one symptom 12 weeks after infection.

In my post, I argued that 12% is probably an overestimate on the grounds that some people who tested positive might have been inclined to exaggerated their symptoms – to report things they normally wouldn’t have done (thanks to all the media attention on long Covid).

And I noted that a study published in Nature Medicine had observed a much smaller percentage of people still reporting symptoms 12 weeks after infection, namely 2.3%.

A new analysis by the ONS has obtained a figure almost identical to that observed in the Nature Medicine study, namely 2.5% (the difference between the blue and green lines in the chart below). This is clearly much lower than its previous estimate. 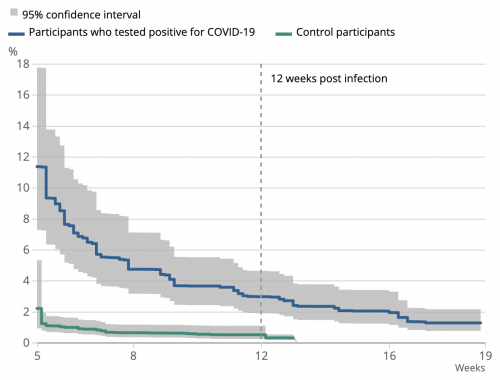