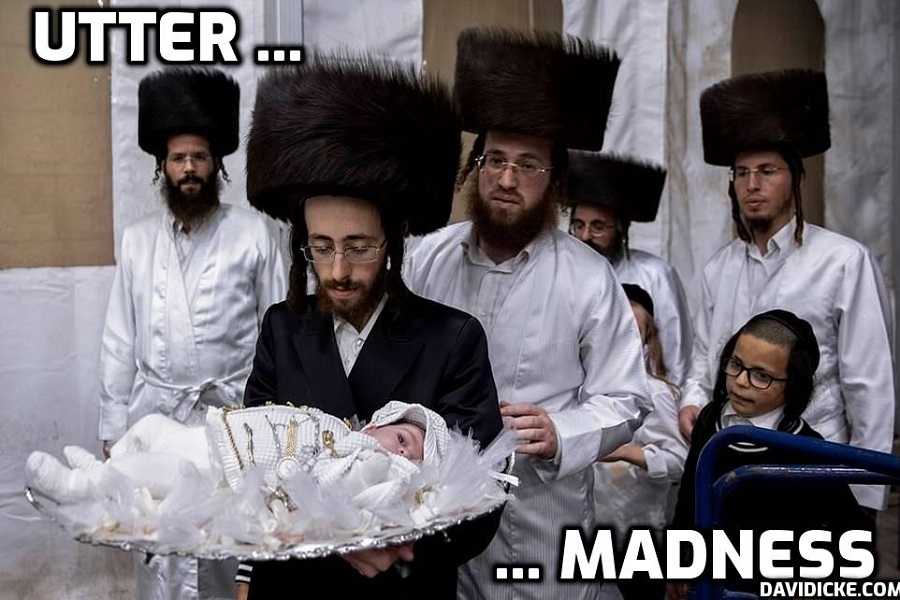 The first-born great-grandson of an ultra-Orthodox Chief Rabbi has been presented on a silver platter and adorned with gold jewelry in ancient Jewish festival in Israel.

Yaakov Tabersky presented his 30-day old son Jossef on Thursday night as part of the traditional ceremony known as ‘pidyon ha-ben’, where five silver shekels are exchanged with a high priest to secure the redemption of the firstborn.

The relatively rare ritual carried even more significance because Jossef is the great-grandson of Aharon Biderman, the Chief Rabbi of the Lelov Hassidic dynasty.

Mr Tabersky was seen handing his son over to Mr Bilderman before hundreds of assembled guests, including men and boys sat at tables and on surrounding stands, while women and girls watched from behind a veiled curtain, at the tabernacle in Beit Shemesh, near Jerusalem.

Afterwards the father and the Chief Rabbi shook hands and a traditional feast was enjoyed by friends and family.

Firstborn sons originally made up the priesthood of the ancient Israelites. As described in the Book of Exodus, they were spared from the final plague brought upon the pharaoh, in which God wiped out the firstborn sons of Egypt, an event commemorated every spring at Passover.

Read More: First-born great-grandson of ultra-Orthodox Chief Rabbi is presented on a silver platter and adorned with jewelry in ancient Jewish festival