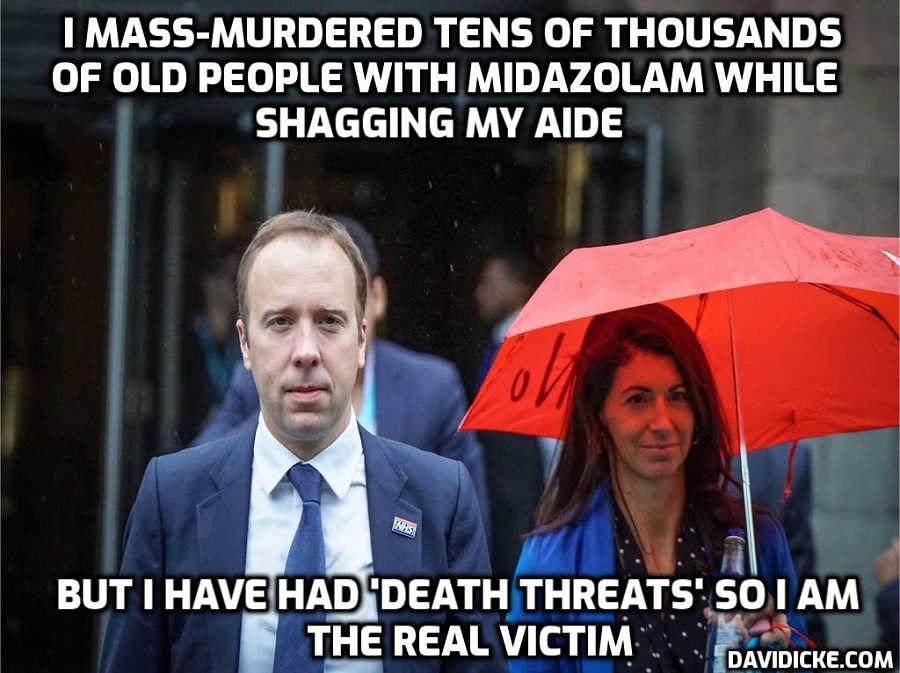 The former health secretary, who resigned after breaking coronavirusrules during an alleged affair with an aide, made the claim in an article describing opponents of vaccines as “blinkered and dangerous” and “miserable anti-scientific gloomsters”.

He added that anti-vaxxers were trying to stop the progress made over the last nine months and urged everybody who has not yet been vaccinated to “do the right thing and get the jab”.

“I’m incredibly grateful to each and every person who got the jab because they have played their part and made Covid so much easier to manage,” he wrote in the Mail on Sunday.

However, almost unbelievably, there is still a persistent yet thankfully small and shrinking group of people determined to try to stop this progress. In all my time in public life, I have never come across a group so blinkered and dangerous as the anti-vaxxers.”

Read more: Mass murdering psychopath Matt Hancock who killed tens of thousands with the drug Midazolam hits out at ‘dangerous’ anti-vaxxers and says he received death threats over jab rollout – death ‘threats’ not a death sentence which he gave to all those old people in ‘care’ homes