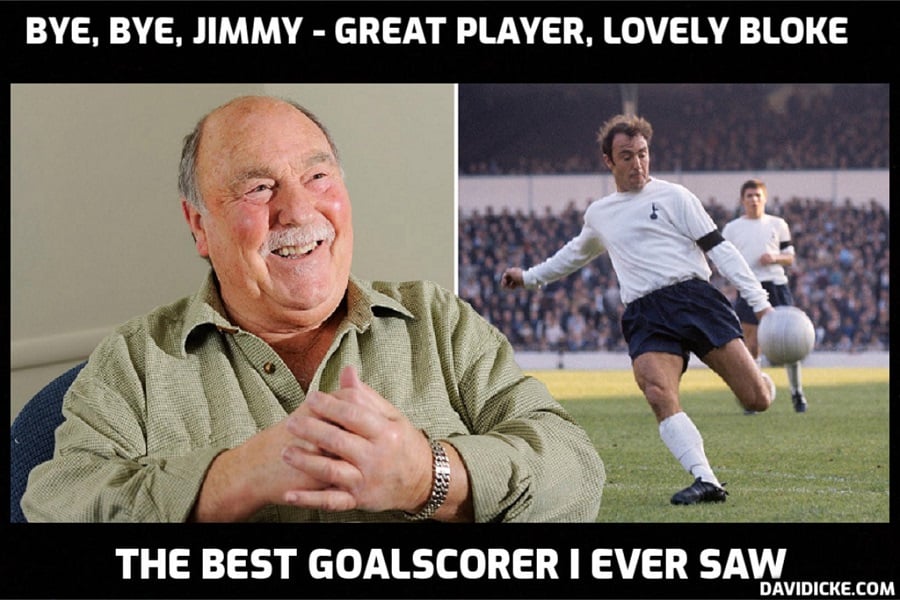 The football world is paying its respects to Jimmy Greaves after the Tottenham, Chelsea and England legend sadly passed away aged 81 on Sunday.

An incredible goal-scorer throughout his career, Greaves netted 266 times for Spurs in all competitions, winning the FA Cup twice and the European Cup Winners Cup with the club.

This was after scoring 132 goals for Chelsea from 1957-61 and spending a short spell at AC Milan, where he won the Serie A title.

He was also prolific for his country, scoring 44 times for England in just 57 appearances.