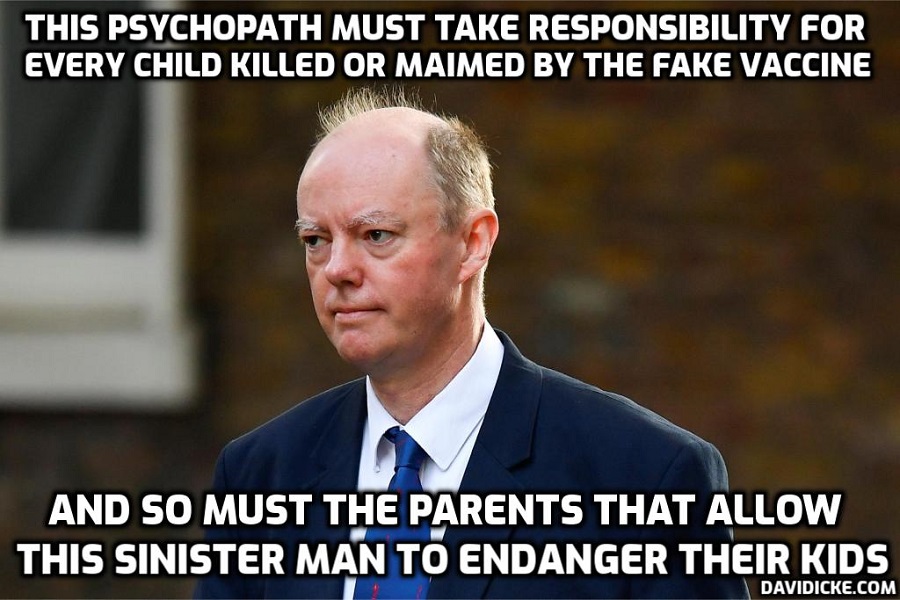 Professor Chris Whitty has said those spreading what are myths in his opinion about Covid-19 vaccines “should be ashamed”, in a press conference in which he looked visibly distressed that anybody would dare to criticise the experimental Covid-19 injections. But the Chief Medical Officer for England needs to take a good long hard look in the mirror, for it is he who should be ashamed.

When asked about a statement made by the US rapper Nicky Minaj to her vast online following, England’s Chief Medical Officer flipped his lid.

“There are a number of myths that fly around … some of which are just clearly ridiculous and some of which are clearly designed just to scare. That happens to be one of them. That is untrue,” Whitty said during Tuesday’s Downing Street press conference.

Minaj, who has more than 22 million followers on Twitter, posted that a cousin had been told by a friend about unwanted side-effects of the vaccine. Impotence is not listed as a potential side-effect on the NHS website. Minaj also later said she suspects that she will eventually receive a jab.

Read more: Chris Whitty is the one who should be ashamed; he will have blood on his hands once they start to fake vaccinate children