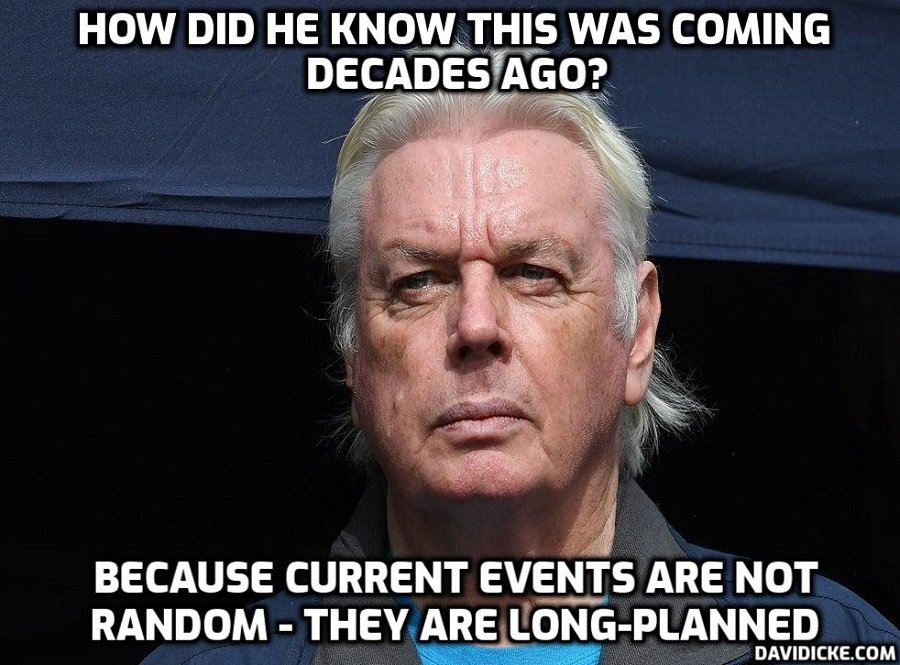 is coming into being, judging by the frequent uses of the phrase in the Land Down Under. In yet another slip of the tongue, which can hardly be considered anything other than calculated and deliberate, New South Wales (NSW) chief health officer Dr. Kerry Chant has come out and explicitly stated that “we will be looking at what contact tracing looks like in the New World Order.” This is not the first time Chant has used the New World Order (NWO) phrase regarding governmental COVID policies, nor is it the first time that officials in NSW (Australia’s most populous state) have used it either. Another official, the NSW Minister for Health and Medical Research Brad Hazzard, has talked of the NWO numerous times in the context of COVID. Could it get any more blatant and brazen?

What is Happening to Chant’s Face as She Speaks?

I don’t know if anyone else has noticed this, but take a look at the above linked 30-second clip where Chant talks about her Australian New World Order. Watch her face closely. Notice how a dark presence comes across her face (from the 6 second mark to the 9 second mark or so) when her brows sharply furrow above her nose. Her face goes from open to closed, almost like some entity has overtaken her face and is speaking through her. Look at her eyes. Look at her eyebrows. Then, all of a sudden, it disappears. It’s a really creepy effect, and I have noticed it several times when I’ve watched her speak in public. I have written before about wetiko, Archons and other interdimensional entities which appear to be at the base of the NWO worldwide conspiracy. I am not saying that is necessarily what is happening here, but Chant’s facial expressions are eerie.

The Australian New World Order theme has also been trumpeted in MSM rags like the SMH (Sydney Morning Herald) in articles with headlines such as “Australia’s COVID-19 inquiry presents a roadmap for a new world order.” The Australian government has been engaging in some utterly horrific and draconian actions such as shooting rescue dogs, with the rationale being to stop volunteers at an animal shelter from traveling to pick up the animals. Why? Because COVID. No need for logic – or a scrap of humaneness, either.

Just recently on August 25th 2021, both houses of the Australian Parliament passed another tyrannical bill entitled the Surveillance Legislation Amendment (Identify and Disrupt) Bill 2021 via which the government nonchalantly grants itself the right to “disrupt data by modifying, adding, copying or deleting data in order to frustrate the commission of serious offences online.” What does this mean? It means the government can come in and change what you said online – and there’s nothing you can do about it! It also allows the police to “take over a person’s online account for the purposes of gathering evidence to further a criminal investigation.” In this Activist Post article, Jeff Thompson writes:

“If we go back to our initial example, authorities could easily decide that you are promoting harmful content or some other similar nonsense. For those Americans who haven’t been paying attention, this is not uncharted waters for Australians.

The article Facebook or Twitter posts can now be quietly modified by the government under new surveillance laws from The Conversation explains:

There is also an “emergency authorisation” procedure that allows these activities without a warrant under certain circumstances.”

In other words, they can now change what you write, hijack your phone or computer and take over your account – and all without a warrant! Holy cow! What the heck does this have to do with COVID? Imagine for a minute – you’re writing a comment on social media or a blog post, and the government steps in and decides it will rewrite what you said, and there’s nothing you can do about it. At this point in time, they are not even trying to pretend they care about human rights or mask these authoritarian rules in the cloak of protecting public health.

As things stand in the US, this kind of legislation would run up against a 4th Amendment protection against searches and seizures, but in the COVID NWO era, nothing is guaranteed. I have no doubt at all such legislation will be introduced in the US. Let’s remember: this is a worldwide agenda, and while Down Under has gone into full tyranny mode with an Australian New World Order, the plan is to harmonize all laws across the world to make every single nation identically tyrannical.

The premiers of Australia’s 2 most populous states, NSW and Victoria, have been explicitly declaring the NWO future in the island nation. NSW premier Gladys Berejiklian told unvaxxed Aussies “You have been warned!” as she pronounced that Australians who had not received the dangerous and experimental COVID vax would remain under indefinite lockdown. Meanwhile Victorian premier Dan Andrews, or Dictator Dan / Kim Jong Dan if you prefer, openly warned of the coming vaccinated economy, where the unvaccinated would be locked out of participating in normal economic life. This is a staggering act of unlawful segregation and discrimination – to actually prevent people who simply want bodily autonomy and medical sovereignty from visiting hospitals. However in the Australian New World Order, this will apparently be the norm, unless enough Aussies step into their power right now, and rise up to put an end to this nonsense once and for all.

The more they push, the more they expose their authoritarian agenda. Australia is well known for its love of booze, but even that raucous pastime is now under attack, as a recent report reveals that NSW officials limited residents in a quarantine tower to 6 beers per day. Crikey! Things must be getting bad if the inmates can’t even drown their sorrows in alcohol. On a more serious note, there can only be so many wake-up calls before the world reaches a point of no return. It bears repeating that all this insanity can be stopped – and quickly – if enough people unify and peacefully but very very determinedly refuse to cooperate any more with any aspect of Operation Coronavirus.

Makia Freeman is the editor of alternative media / independent news site The Freedom Articles, author of the book Cancer: The Lies, the Truth and the Solutions and senior researcher at ToolsForFreedom.com. Makia is on Steemit and Odysee/LBRY.