Just a few months ago, the mainstream media praised Israel for its “pandemic-ending” vaccination campaign. With over 40 percent of the population “fully vaccinated” in the first quarter of 2021, Israel was allegedly well on its way to stopping community spread and clearing out its hospitals.

The nation of Israel imposed some of the strictest lockdowns during that time, violating the Nuremberg Code and segregating the unvaccinated from public life. Israel bought up the Pfizer/BioNTech mRNA Covid injection and began issuing mandatory Green Pass “vaccine passports” as a requirement for citizens to enter public spaces.

By August, Israel had intimidated and coerced its population into having one of the highest vaccination rates in the world, with 78 percent of people 12 years of age and older classified as “fully vaccinated.”

The world was reassured that this rate of vaccination was more than enough to ensure individual and “herd immunity.”

However, infection rates have skyrocketed across the country since then, and Israel is now logging the world’s highest infection rates, with nearly 650 new cases daily per million people. At times, hospitalisations for the “fully vaccinated” have reached upwards of 95 percent. 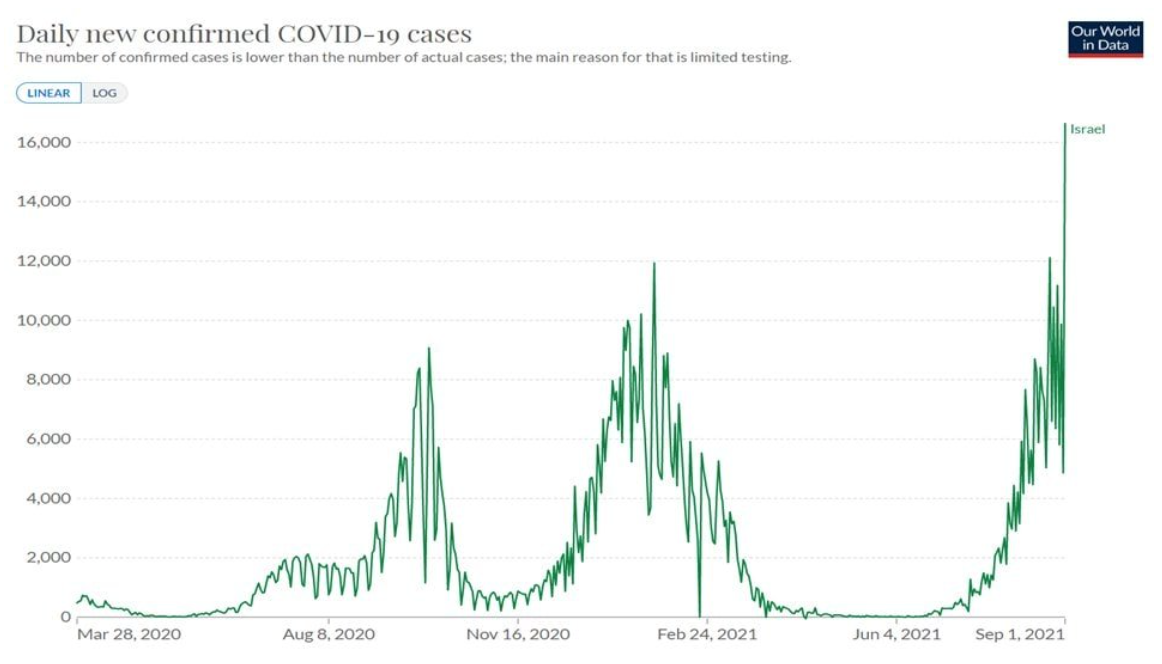 By August 15th, there were 514 Israelis hospitalised with severe Covid-19, a 31% increase from just four days earlier. Most of the hospitalised patients had already received at least one vaccine and 59% were fully vaccinated.