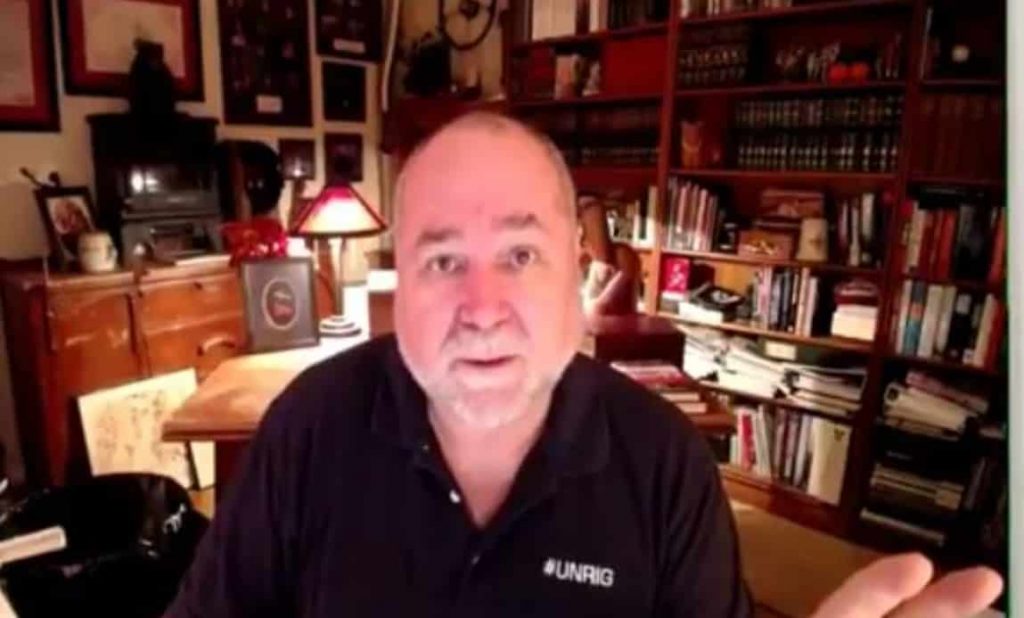 We have a guest suite off the main entry, it’s his room.  When judging people, there are ways and there are ways.  He is or rather was a great houseguest, disturbingly honest and insightful and the pets loved him.

Right off, Steele is being attacked.  What was Steele’s game?  What I can tell you is that he kept his cover right up to the last.  He was something very different than he seemed, than he sounded.  I would laugh, watching him on InfoWars, dragging Jones around by the nose.

Steele had other plans.

Steele, of course, says he isn’t dead.  But he would say that, wouldn’t he?

Our talks…he was always walking his poor little dog to death it seemed…mile upon mile.

I watched Steel put on his many hats, QAnon promoter, Trumper, always part of his long game to work the “Trump base,” the only available and moldable political unit that could be turned around to save America.

Steele delved into that sewer, he immersed himself tirelessly in it but he did it for us.  Steele wasn’t the fool some are saying but rather a martyr though that was never by choice.  He wanted more…a chance to make things right.

His “right” and my “right” are identical, a world without fear, without war, without rule by the real threats to mankind, manifested in Google Corporation and the pedophile rings he hated.

Read more: Deep State whistleblower and freedom campaigner Robert David Steele has died aged 69 – ‘Covid’ as always is the diagnosis to discredit the non-fake-vaccinated. I had a long chat with him once. We didn’t agree on everything, but he was a thoroughly decent man