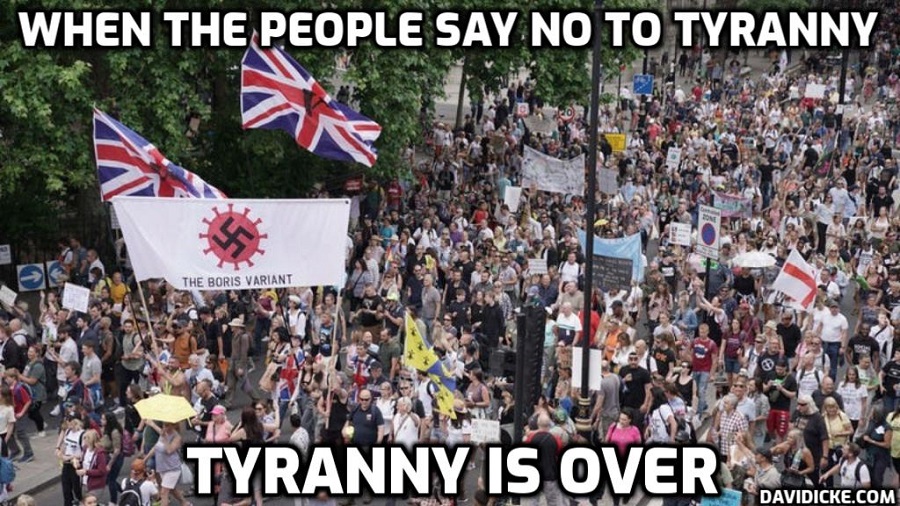 There is a fundamental question that haunts the pages of history and it is one that has never been addressed in a satisfactory manner. There are many schools of thought on why and how tyranny rises in any given society and all of them miss the mark in terms of explanations, primarily because they all allow their biases to rule their conclusions and blind them to the deeper aspects of power and conspiracy. In other words, they are willing to go down the rabbit hole only so far, and then they deny that the rabbit hole even exists.

The common assumption when it comes to autocracy or oligarchy is that people are “stupid” and easily manipulated into following compelling personalities that make promises they never intend to keep. This is a foolish oversimplification. In truth, the level of manipulation needed to lure a majority of people into dictatorship is so complex that it requires an advanced understanding of human psychology.

In our modern era, people cannot merely be ordered to submit at gunpoint, at least not right away. They must be tricked into conforming, and not only that, but they must be made to think that it was THEIR IDEA all along. Without this dynamic of self censorship and self enslavement, the population will eventually rebel no matter how oppressive the regime. A thousand year tyranny cannot exist unless a number of people are conned into applauding it, or, they directly benefit from it.

And this is where we find the true key to totalitarianism – It only thrives because there is an inherent portion of any given society that secretly loves it and wants it to exist. We might call these people useful idiots, but it is much more than that. They are not necessarily unaware of what they are doing; they understand to some extent that they are helping in the destruction of other people’s freedoms…and they revel in it. Sure, there are elitists and globalists that levy core conspiracies and seek out more and more control, but they could not accomplish much of anything without the aid of the army of sociopathic aberrations that live among us.

This strange and destructive characteristic is ever visible today in light of the covid lockdowns and the push for forced vaccinations. It is clear that there are some people out there that are overly concerned with the personal health decisions of everyone else. The science and the stats prove there is nothing for them to worry about from the virus, but they ignore the science. They thirst for the taste of power. They have become a cult which ignores all logic and demands fealty to their fraudulent narrative. They do not care about the facts, they only care that we comply.

Read More – Why Do Some People Support Tyranny While Others Defy it?