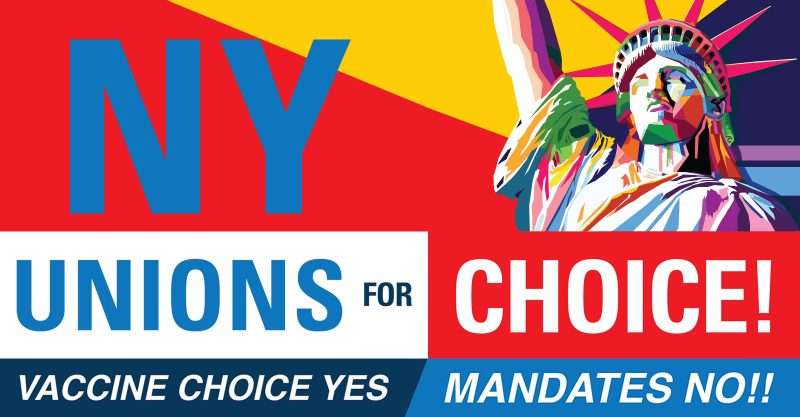 Some, including New York City teacher Michael Kane, announced they are quitting unions that won’t stand up for their members who support freedom of choice.

“The United Federation of Teachers is no longer a union,” said Kane, founder of Teachers for Choice. “What union in history has ever actively worked to have their members placed on unpaid leave or fired?”

“This is one of the saddest days of my life. I’ve been a progressive unionist since before I was ever in a union. My father was a bricklayer, my mother a letter carrier, I have a dozen teachers in my family. But I refuse to continue to give one more dime to a corrupt union that represents the interests of a political party over the interests of its membership.”

Kane made the announcement in response to Mayor Bill de Blasio requiring all New York teachers and Department of Education employees to get the COVID vaccine, and de Blasio’s announcementearlier this month that New York City residents will now be required to show proof of vaccination in order to enter indoor dining facilities, gyms, bars, Broadway shows and more.

“This isn’t even about vaccination, it’s about fundamental rights,” said Kane, who urged other union members to also resign their membership in protest.