A 42-year-old rapper, MMA/UFC fan, and youth mentor is dead in yet another post-injection heart attack while exercising.

Mr. Todd Williams, aka Louie Knuxx, received his second dose of experimental Pfizer mRNA on July 15, according to his Twitter page. He reported a sore arms the following morning, but no other adverse effects. He also said he was “ready to party.” 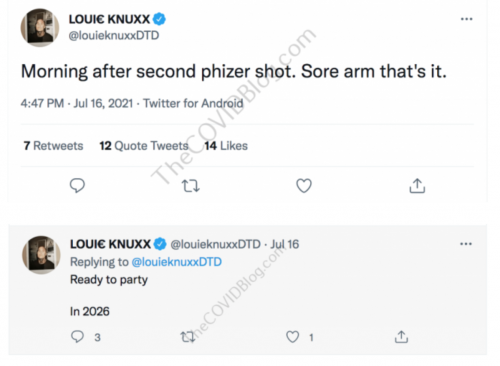 Mr. Knuxx’s vitriolic rhetoric and attitudes towards anti-lockdown protesters in Australia had been ongoing since at least May. He referred to thousands of protesters in Melbourne as “whiney f***ing babies.”

He posted a similar tweet on July 23 not only referring to Melbourne protesters as “stupid,” but also threatened violence. That same day, he attacked the non-vaxxed. Four days later, he continued mocking the non-vaxxed. 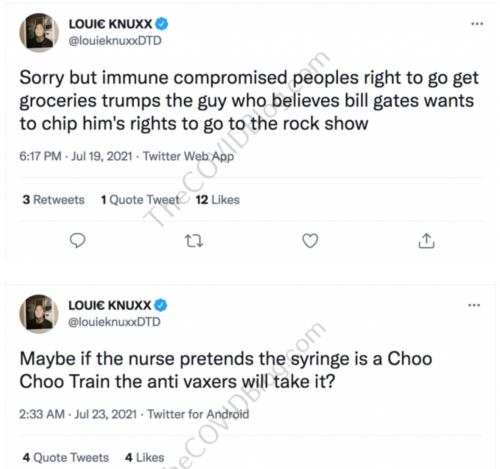