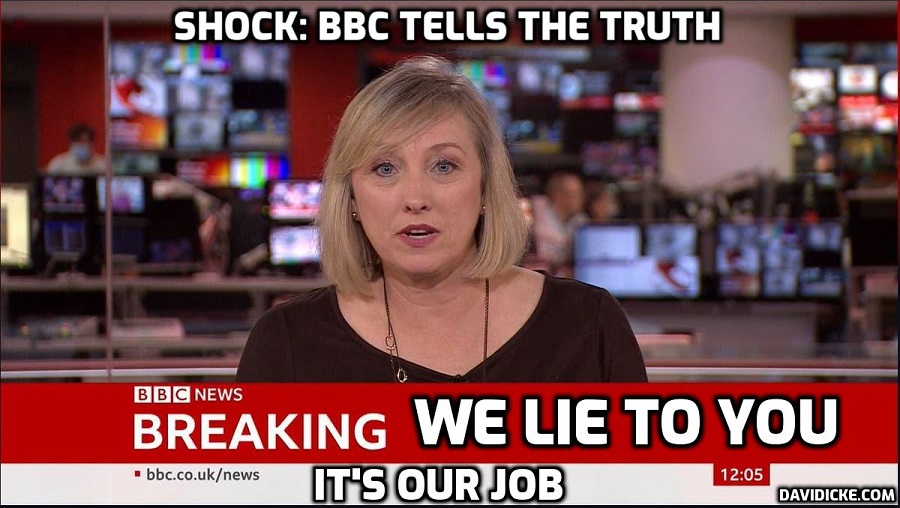 Recently the Jeremy Vine show on BBC Radio 2 received a call from John in Manchester who Vine and the BBC labelled as an “antivaxxer.” John’s conversation with Vine was revealing.

Not necessarily for the content, although John made some good points, but because it exposed the BBC for what they are: an agenda driven propaganda organisation.

Similar calls from Bristol based Nigel Jones to BBC Sounds’ Any Answers and a caller from Sussex to Sarah Gorrel’s BBC Radio Sussex phone in, exposed exactly the same bias from the BBC. This isn’t one or two talking heads going off script. It is corporate policy.

In all three cases, any questioning of the COVID 19 vaccines by the callers was met with the same response. Belligerent denial, logical fallacies, a refusal to rationally debate the evidence and, relatively swiftly, cutting them off.

The BBC aren’t alone of course. The MSM, as a whole, is a cohesive propaganda organisation. When Dr Zoe Williams started talking about vaccine induced thrombotic thrombocytopenia on Good Morning Britain she too was shut down. The ITV presenters hastily instructed to announce another weather report, as if this were a scheduling necessity.

The first claim in the BBC mission statement is that they allegedly provide “impartial news and information to help people understand and engage with the world around them.” As we shall see, they don’t. The BBC have a very clear agenda and are in the businesses of promoting a single version of the truth. It is crucial to the BBC, and other propagandists like them, that you believe them. They claim:

“Trust is the foundation of the BBC. We’re independent, impartial and honest.”

Read More: The BBC Are A Disgrace