Owen Shroyer, a syndicated talk show host and reporter, has been issued an arrest warrant for alleged activities on January 6th, 2021.

The activity documented in the warrant? Standing on the steps outside the Capitol peacefully, while his news team was attempting to stop any potential violence.

Owen wants to mount a strong defense against these charges that have shocked many legal experts in their emptiness, and disheartened many lovers of free speech. This will not be a cheap defense, and could go on for a long time. 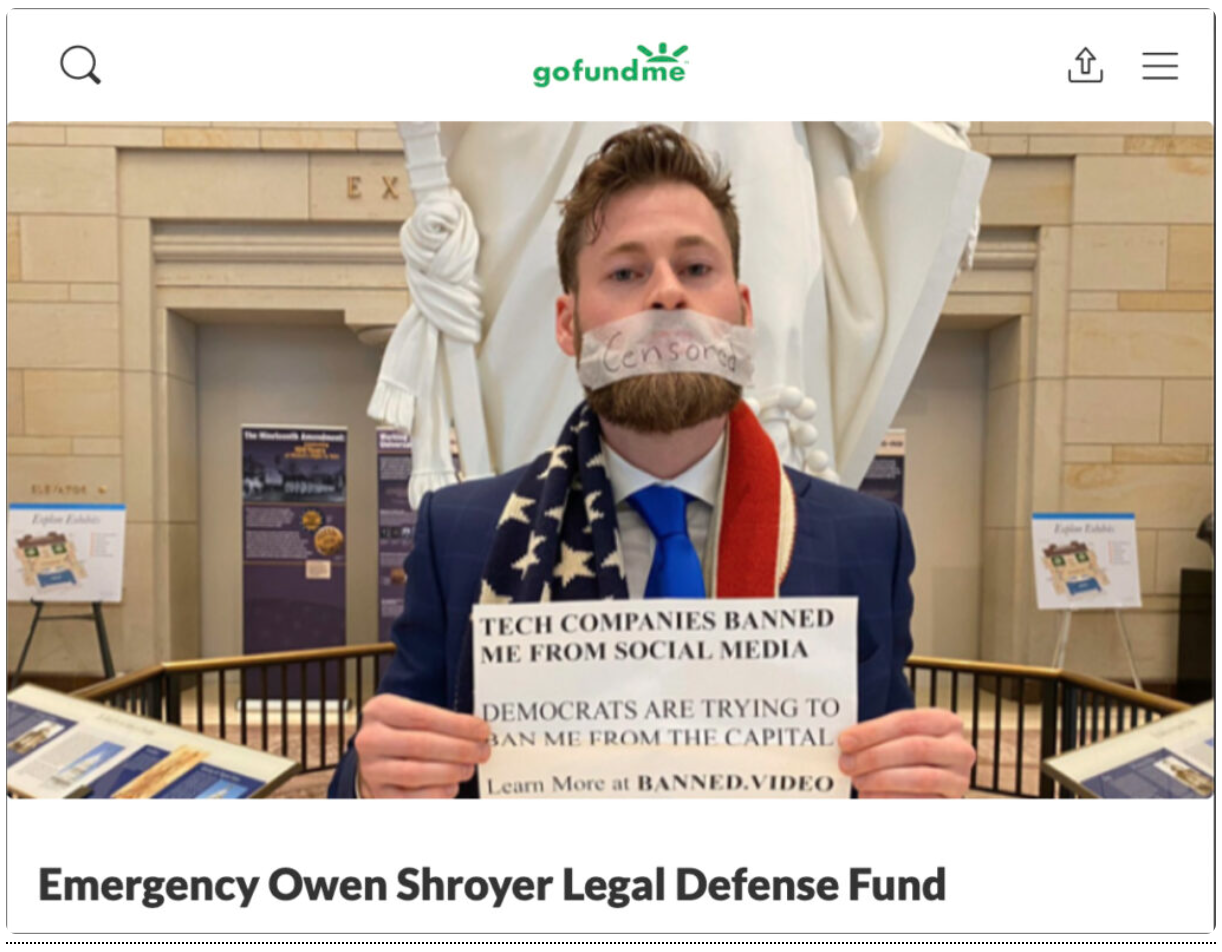 Help make sure Owen has the best legal defense team possible to win this fight by donating to his Legal Defense Fund. All funds go directly and exclusively towards Owen’s legal counsel and fees.

“This prosecution is a frontal assault on the First Amendment. We intend to fight it as though the rights of every American to speak out, assemble and petition for redress of grievances are at stake because, in fact, those rights are in jeopardy.