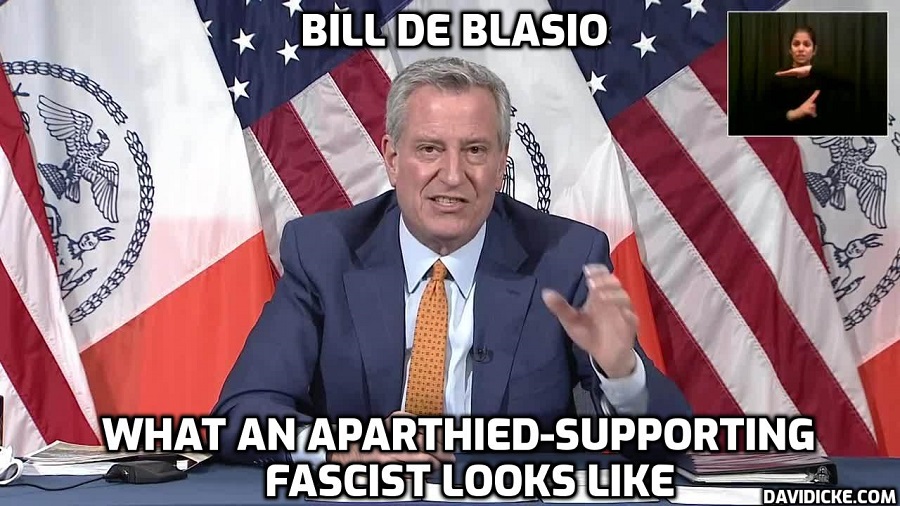 When the Orthodox Jewish community in Brooklyn was targeted for forced vaccinations two years ago by Mayor Bill de Blasio, the silence of their fellow New Yorkers was deafening. Far from rallying to their side, many cheered on de Blasio’s intrusion into the private lives of countless Jews who had religious and personal beliefs for not wanting to have needles plunged into their arms for the sake of the “greater good”. What they did not realize back then is that de Blasio was setting a precedent for greater impositions to come.

As children were compelled to get jabbed and mothers and fathers had their parental rights nullified, the city that never sleeps might as well have been in a coma when it comes to feeling the pains of Orthodox Jews. This must have been a particularly painful experience—especially for the descendants of Holocaust survivors and Jews who fled Germany nearly a hundred years earlier. Having to experience the type of fascism that singled out their grandparents for persecution and compulsory vaccinations is a stark reminder of the horrors that were unleashed by Nazis.

There is a reason why Jews say “never forget” when it comes to memorializing six million men, women and children who were liquidated in gas chambers and millions more who were dehumanized and turned into nostrum fodder. They fear the same brutalities visited upon their forefathers in the 21st century will reappear in our time. What they feared is slowly coming into clear focus as politicians, media personalities and medical professionals join forces to yet again subject Jews and everyone else to get injected with “vaccines” that are still in clinical trials until at least April 15th, 2022.

Those who object and do not want to take part in what the NIH admits are medical experiments are being vilified the same way Jews were being demonized during the rise of Hilter in Nazi Germany. Many blanch at this comparison and immediately respond that “unvaccinated” people are not being rounded up and shipped off to gas chambers. So quick to retort, they end up missing the forest for the branch. Though it might seem like it because history only focuses on the end result, Jews were not immediately massacred by the millions. Their eventual annihilation started with almost imperceptible forms of otherization before it grew into deafening exterminations.

Read more: We Have Forgotten: First Bill de Blasio Came for Orthodox Jews in NYC, Now the US Government is Coming for Us All