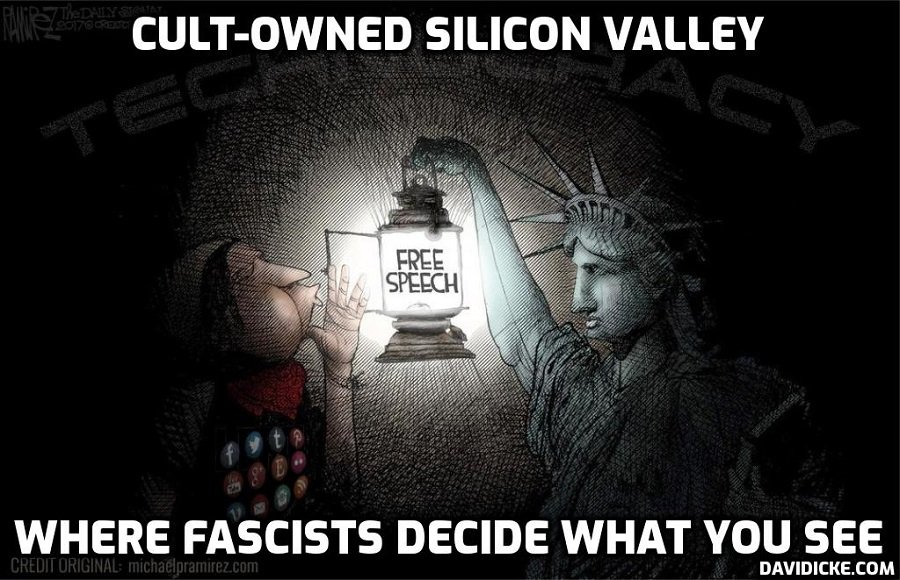 Technocrats in Silicon Valley are bonded to Technocrats in the National Security State. This is the glue that binds. Their common objective is to create a scientific dictatorship that will directly control the entire population, while condemning outliers as security risks. ⁃ TN Editor

In June 2021, the U.S. National Security Council released a new “National Strategy for Countering Domestic Terrorism.”1 While it’s being largely framed as a tool to fight White supremacy and political extremism, the definition of what constitutes a “domestic terrorist” is incredibly vague and based on ideologies.

In a podcast with one of my favorite independent journalists, Whitney Webb,2 Media Roots Radio host Robbie Martin notes how this creates a dangerous slippery slope, one that’s connected to the attempts to have increased surveillance and tracking of Americans’ data after 9/11.3

The “War on Terror,” launched in the aftermath of the September 11 attacks, Martin says, “was merely a prelude to a larger domestic crackdown on political dissidents.”4 Webb agreed, stating that we’re “near the bottom part of the slippery slope” already, and it’s not a stretch that one day anyone who disagrees with the government could be labeled a domestic terrorist and charged with a crime.

The whole justification for the War on Terror was to target “precrime”, or terror acts before they happen. Initially, the legislation was meant to target foreign governments and individuals, but bills are pending that would make the legislation applicable to Americans in the U.S.5

Investigative journalist Glenn Greenwald stated that the end goal of the newly emerging war on domestic terrorism is to “essentially criminalize any oppositional ideology to the ruling class,” adding, “There is literally nothing that could be more dangerous, and it’s not fear-mongering or alarmism to say it.”6

This isn’t a partisan issue, but something that’s been in the works for decades. Greenwald stated that viewing Washington as Democrat versus Republican, with one side being “your team” and the other being “your enemy” is a flawed belief, as an elite ruling class is truly in power:7

“There is a ruling class elite that is extremely comfortable with the establishment wings of both parties … who they fund equally because those are the people who serve their agenda. Then there’s a whole other group of people at whose expense they rule in. Some consider them on the left, some on the right,” but “it’s time to break down those barriers.”

It’s important to understand that the U.S. already has aggressive criminal laws in place, such that more people are imprisoned in the U.S. than anywhere else in the world.8 Do we need further laws to criminalize people put in place? A concerning pivot has occurred as well, shifting in focus to the FBI targeting this new model of terrorism while the terms like “incitement to violence” have been radically expanded in meaning.

“It is accompanied by viral-on-social-media pleas that one work with the FBI to turn in one’s fellow citizens (“See Something, Say Something!”) and demands for a new system of domestic surveillance,” Greenwald wrote.