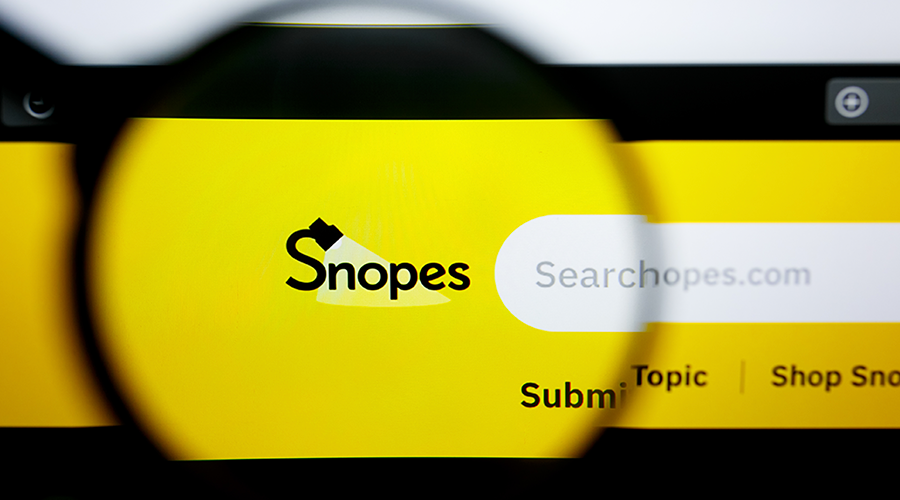 David Mikkelson, the co-founder of the fact-checking website Snopes, has long presented himself as the arbiter of truth online, a bulwark in the fight against rumors and fake news. But he has been lying to the site’s tens of millions of readers: A BuzzFeed News investigation has found that between 2015 and 2019, Mikkelson wrote and published dozens of articles containing material plagiarized from news outlets such as the Guardian and the LA Times.

After inquiries from BuzzFeed News, Snopes conducted an internal review and confirmed that under a pseudonym, the Snopes byline, and his own name, Mikkelson wrote and published 54 articles with plagiarized material. The articles include such topics as same-sex marriage licenses and the death of musician David Bowie.

Snopes VP of Editorial and Managing Editor Doreen Marchionni suspended Mikkelson from editorial duties pending “a comprehensive internal investigation.” He remains an officer and a 50% shareholder of the company.

“Our internal research so far has found a total of 54 stories Mikkelson published that used appropriated material, including all of the stories Buzzfeed shared with us,” Marchionni and Snopes Chief Operating Officer Vinny Green said in a statement.

“Let us be clear: Plagiarism undermines our mission and values, full stop,” Marchionni added. “It has no place in any context within this organization.” Snopes’ editorial staff disavowed Mikkelson’s behavior in a separate statement signed by eight current writers. “We strongly condemn these poor journalistic practices. … we work hard every day to uphold the highest possible journalistic and ethical standards.” Snopes told BuzzFeed News it plans to retract all of the offending stories and disable advertising on them. It will also append an editor’s note of explanation to each.