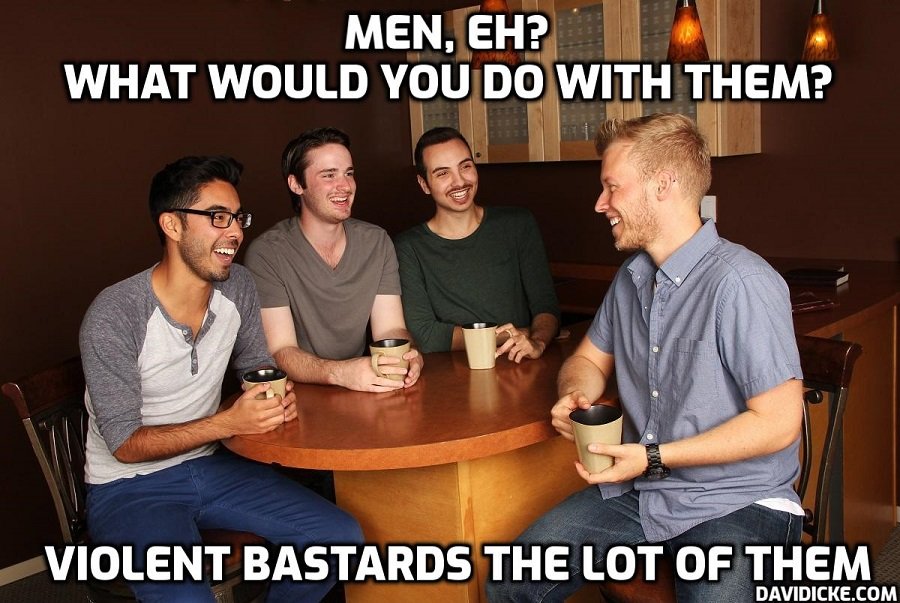 Over the past few decades, there has been a strong calling for the restoration of the Divine Feminine.  The media, along with many liberal-minded folks, assert that we are living in a world full of male privilege, male dominance, and “toxic masculinity”.  Therefore, we need to bring back the Divine Feminine in order to restore balance in our world.

As a woman, I agree that feminine energy is needed to help heal our Earth.  Indeed, I enthusiastically support the restoration of the Divine Feminine.  However, I cannot help but notice that the push for women’s power and so-called “liberation” is being simultaneously broadcast with a vicious assault against men and masculinity (especially against white men and white masculinity).   Concepts of “toxic masculinity”, “male privilege”, “white privilege”, and “white supremacism” abound.  And recently, the senile, child groping, fake President of the United States asserted that “white supremacists” are the deadliest threat to us all.  (https://www.msn.com/en-us/news/politics/white-supremacy-most-lethal-threat-to-america-biden-says/ar-BB1gaa5Q)  Without a doubt, something is amiss in the minds of politicians and media controllers, and it would behoove us to contemplate what their true motivations are for attacking men, and especially white men.

My perception of the world may be a little different than most since I do NOT think we are living in a society based on male power or male privilege, and in fact, I think men and masculinity are being systematically crushed at every turn.  The attack against boys begins in early infancy with a sadistic and cruel procedure called “circumcision” that removes a healthy and vital part of male anatomy and that is a blatant attempt to neuter male potency.  This outrageous medical assault is followed by years of education and media programming that encourages boys to hate and disrespect themselves and their masculinity.

Thanks to the overt mind control programming, male potency is at an all-time low.  And this is why evil has been allowed to run amok in our world, despite millions of American men having arsenals in their homes, and some with years of military training behind them.  150 years ago, Tony Fauci and Bill Gates would have been hanging from lamp posts.  Today, these murderous psychopaths are allowed to roam free.  I believe this is happening because millions of men are stuck in a state of learned helplessness that is the result of media-induced hypnosis combined with the black magic and sadistic rituals of the medical establishment – all of which involve trauma-based mind control.  Decades of culturally-induced and medically-induced trauma, fortified by the satanic programming of the media, has led to a plethora of men becoming lost to alcohol, drugs, video gaming, and/or pornography.  Such men are not able to step into their power, and as a result, women are being forced to take on the male role.  This sad state of affairs has caused women to try to prove how “independent” and “strong” they are by asserting they do not need men at all.  This is a huge mistake in female thinking and it is happening not because women enjoy going it alone, but because they have never felt protected or provided for by the men in their lives and they no longer trust that there are men out there who are strong, courageous and powerful enough to meet their needs.  Therefore, they’ve got to do things on their own.

I speak from the perspective of a 62-year-old woman who has zero tolerance for what the media and schools are now promoting, and this includes critical race theory (i.e., white hatred and white genocide propaganda), the satanic transgender agenda, and the promotion of sodomy and other forms of sexual aberrations and abominations that will prevent people from creating healthy families and leading happy, love-filled lives.  I am wise enough to understand that every healthy civilization requires stable and healthy families to remain strong. And what is being shoved down the throats of our children in schools, universities, libraries, and throughout the media is absolutely intended to destroy us.

So what can we do to counteract this satanic agenda and get ourselves back on the path to male power and healthy male/female relationships?

Read more: A Clarion Call to the Men of our World – It is Time to Restore the Sacred Masculine!

Eton teacher, 35, who was sacked for refusing to take down YouTube lecture questioning ‘toxic masculinity’ is CLEARED of professional misconduct

A teacher who was sacked by Eton over an anti-feminist video has been cleared of professional misconduct.

Will Knowland, 35, was removed from his role at the prestigious Berkshire school and referred to the Teaching Regulation Agency (TRA) after refusing to take down a lecture challenging the theory of ‘toxic masculinity’ from YouTube.

The lecture, in which the English teacher quoted a Marie Claire article which quoted a woman as saying she to be overwhelmed by the ‘sheer power of her husband’s masculinity in the bedroom but wasn’t because she felt like the man in the relationship,’ was prepared for older pupils at the £42,500-a-year school.

Mr Knowland was sacked after he repeatedly refused requests from the college’s headmaster Simon Henderson to take the video down.

The TRA, part of the Department for Education, has the power to impose lifetime classroom bans on teachers, and ruled that Knowland’s case ‘should be closed with no further action’.

The watchdog’s judgement dismissed all charges laid by Eton over the 30-minute video entitled The Patriarchy Paradox, according to The Sunday Times.

Read more: Eton teacher, 35, who was sacked for refusing to take down YouTube lecture questioning ‘toxic masculinity’ is CLEARED of professional misconduct